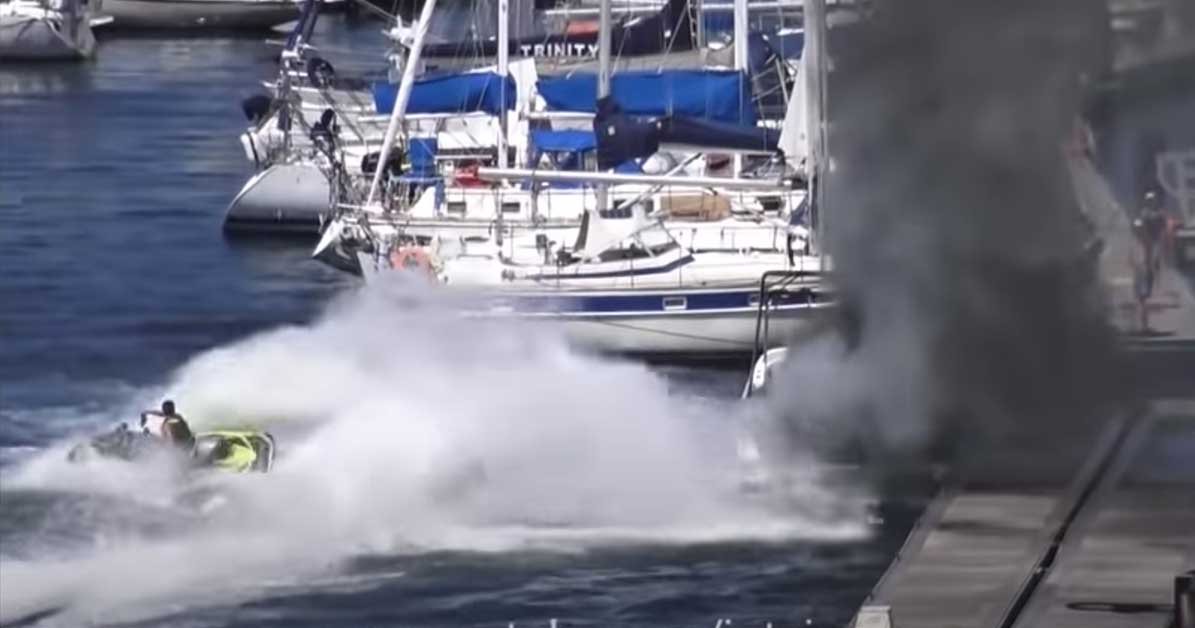 It might seem pretty ironic but one of the worst places that one could possibly ask for fire is on water. If it’s absolutely going to happen, it might seem like having water right there would be more convenient to extinguish the blaze but, as it turns out, floating on top of the water doesn’t really help you very much and makes access more difficult. In some cases, though, a little creativity can help too but out the blaze.

This time, we check out a situation that has a boat on fire right near a dock. Before the firefighters get on the scene to fight the blaze, a jet ski rider jumps to action. Thanks to this Good Samaritan riding a jet ski, this blaze would be easier to control as the rider used a series of sharp turns to spray the boat with the water underneath of the ski. Not only that, but it also helps to push the boat back to shore, towards the firefighting team once again.

The boat has likely deemed a loss as it would eventually burn to nothing more than crisp but, thanks to this friendly man on a jet ski, the blaze would be able to be extinguished on the spot to prevent any further damage or injury that could have come from the floating fireball.

Not only was this maneuver a selfless act to help someone else out but it was also pretty impressive. When under pressure to act without thinking, it can be difficult to find solutions to the problem at hand. However, it doesn’t look like this rider skipped a beat as he quickly came up with this idea and put it into action.

Who knows? This guy might’ve been the difference between a single boat fire and an entire marina going up in flames.