GoPro in a Lathe Rotates at 1800 RPM, Creates Stunning Visual 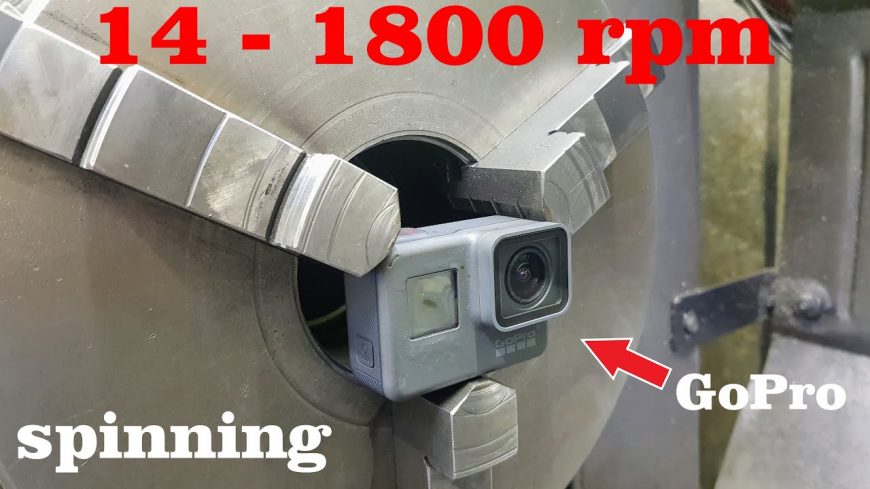 When we were younger and wandered into the shop, some sort of adult figure was probably there to guide us. In many of our cases, that adult figure was likely our fathers. One of the things that dad would constantly tell us to do is not to play with the tools. These tools were things made to get the job done. They weren’t made to play around with and, if used improperly, could end up hurting somebody.

Boy, did he fool us.

Little did we know that while these authority figures told us not to play with the tools, that’s exactly what they were doing. Nowadays, when we finally get to work in the shop ourselves, we know that the lure is just too strong. There’s no way that those who came before us could resist the temptation of tinkering.

This time, though, there was no work and all play. Apparently, somebody had the idea to strap a GoPro camera to one of these bad boys to see what it would look like from the machine’s point of view.

This particular lathe was able to operate between the range of 14 and 1800 RPM. With each step up, we would be shown a new video clip. When it got all the way to 1800 RPM, things began to get a bit wild. For those that are sensitive to certain visuals, this one might even send off some vibes of vertigo.

We certainly wouldn’t recommend trying something like this at home. Watching safely from this side of the screen is certainly a good time, though!