Everybody loves a sleeper!Its 10x entries right now to win this Hellcat Charger + ...

Everybody loves a sleeper!

I remember when Randy Jackson shocked the world with his inconspicuous fo body hatch on Pass Time, lulling the contestants into guessing he’d run in the 12’s before throwing down an insane 8.72 pass at over 165 MPH. That’s the nature of the sleeper, rolling to the line with a look and even a sound that the competition will think is easy prey, then unleashing hell at the drop of the throttle.

Our buddy Justin Malcom from the JMalcom2004 YouTube channel caught up with a pretty badass sleeper during a recent True Street race at Middle Georgia Motorsports Park. This car looks like it would be right at home with ropes around it at any car show, and the 5-speed transmission would almost always mean the car just isn’t that quick, especially on the drag strip, where automatics have become far and away the more popular choice for going quick.

And that’s exactly what this car’s owner, Wesley Evans, wants you to think, because as soon as that christmas tree falls, he’s going to wipe that “I got this” smirk clean off your face with a wheels-up launch and some quick gear shifts that leave the competition in the dust. The car looks basically stock except for the wheels and tires and sounds even more docile than it looks. That is until Wesley opens up the throttle and you can get a little bit of an idea of the potential under the hood.

When he rolls to the line and stages, he puts the car on the 2-step and dumps the clutch, the front wheels climb into the air as the rear tires grab the asphalt, sending the car down the track like a shiny teal bullet. While the scoreboards are off for this no time event, it’s clear this fox body is covering the track very quickly. This car is the very essence of what a sleeper should be, and we can’t wait to see more video of it from JMalcom soon! 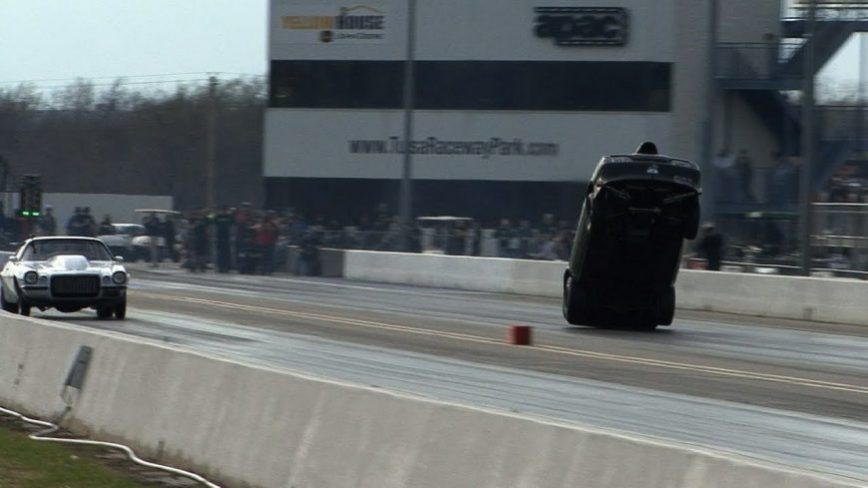