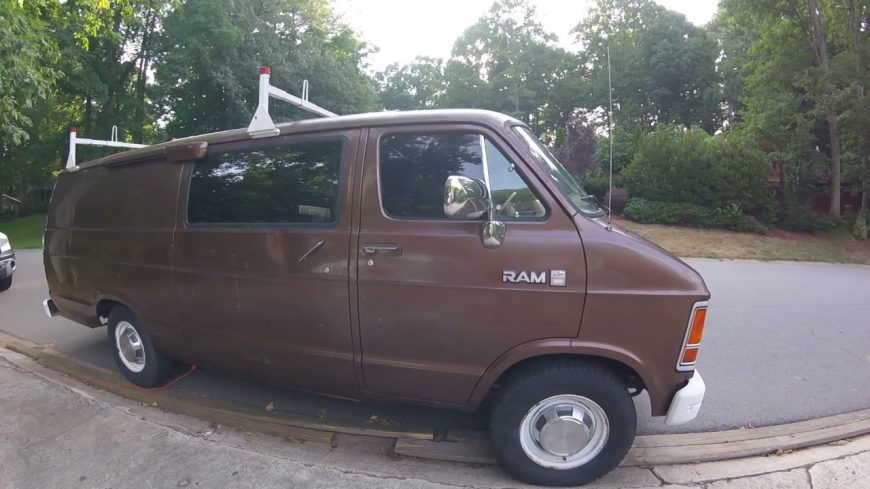 When you head out to auction, there is certainly no shortage of the cool things that you might be able to find. The scope of possibilities is truly limitless if you’re lucky enough. Pretty much anything that you could ever think of from movie cars to high dollar luxury machines could pop up on the auction block. However, with lots of curb appeal, they probably would draw a ton of attention and the bring highest dollar possible. However, with something like this, you’d imagine that it probably slid right under the radar and allowed this buyer to get their hands on it without much struggle.

No, it’s nothing too extravagant on the outside as a 1989 Dodge cargo van is all that it looks like. Sure, this thing might be pretty darn clean as it hasn’t seen much use and abuse but once the guy behind the camera gets to be inside of the van, the real fun begins. This is where you see all sorts of surveillance equipment from batteries and generators to monitors that are controlling the cameras built into the ladder rack. This brown wonder almost seems like something straight out of an action movie! The incognito look was exactly what the machine was built for and, for some reason, we just can’t help but feel like this van has a whole lot of awesome and that this guy got a pretty good bang for the buck even though he doesn’t tell us exactly what he paid for it.

Check out the video down below that will give you the full tour of the van and tell us what you think of this machine. If you had stumbled upon something like this for yourself, how much money would you be willing to pay for it ? It looks like the buyer put it back on eBay and yielded over $18,000!  This certainly wouldn’t be a bad item the add to any collection because the cool factor for this one is way off the charts. I can also see something like this being easily converted to a sort of livable RV if something like that tickled your fancy.

« This Hayabusa Rider Is Allergic to Slow… One Fast Chick!