Guy Driving With No Tire Or Anything On His Truck 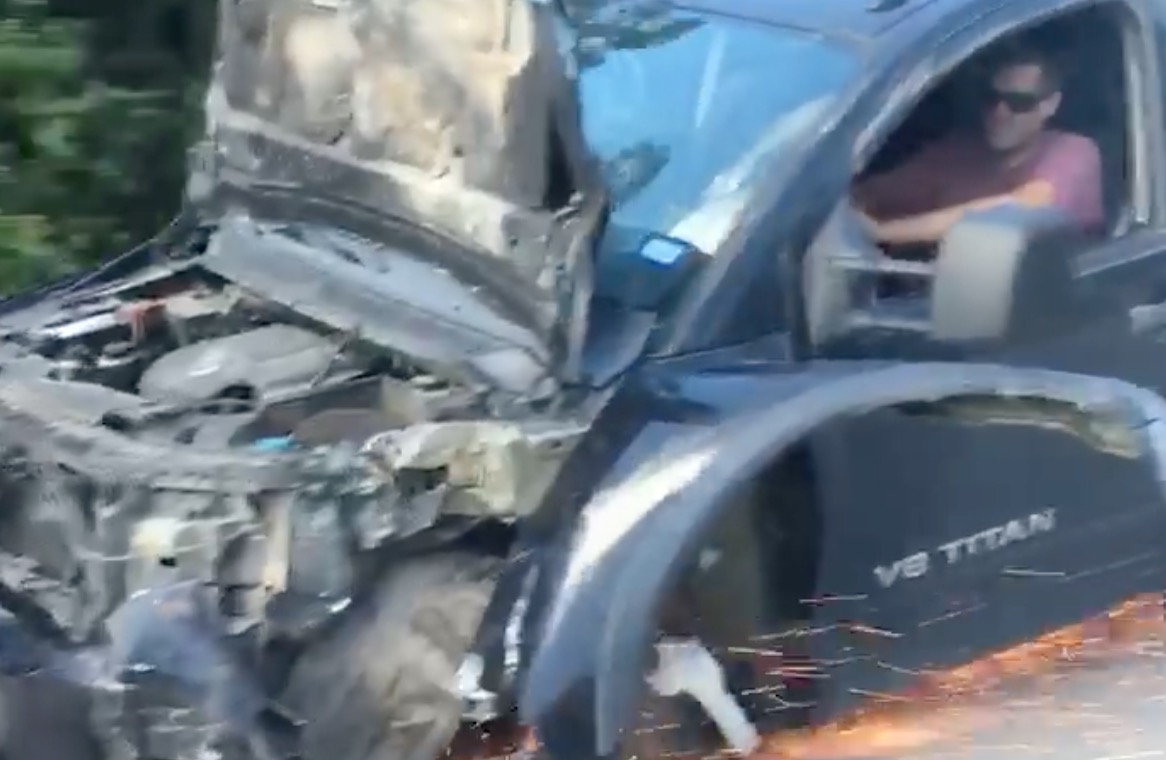 Sometimes, you just have to take a look at something and not even try to justify why it’s happening but just appreciate the fact that you’re able to get a front row view to check it all out. This seems like one of those cases where things just need to be explained too much and simply enjoying a clip for what it is could come into play.

We’re not even sure how physics allow the driver of this Nissan Titan to continue his drive on the highway, but video proof completely throws the laws of physics out the window in this one. It looks like friction would have slowed this thing down to a stop after it lost a front wheel but it really looks like no matter how much resistance is pushing against the truck, it just keeps on gliding and the driver doesn’t appear to have a care in the world.

When the driver lost one of his front wheels to an unknown incident, it looks like he didn’t have a “Triple A” subscription or maybe just decided that the parts store was too close to call a tow truck. Either way, the resulting situation was quite hilarious. If this guy is doing this out of anything other than a joke, this one is going to end up being a headache because who knows what else is being absolutely obliterated as the truck keeps on grinding its way down the highway and confusing everyone in sight.

Check out the video below as the truck cruises along missing a wheel with sparks flying everywhere. Some people really need to be pulled aside and taught a thing or two about basic mechanical skills before they’re given a license because they might not realize how bad something like this is but that doesn’t seem like the case here as this guy has quite the smile on his face.