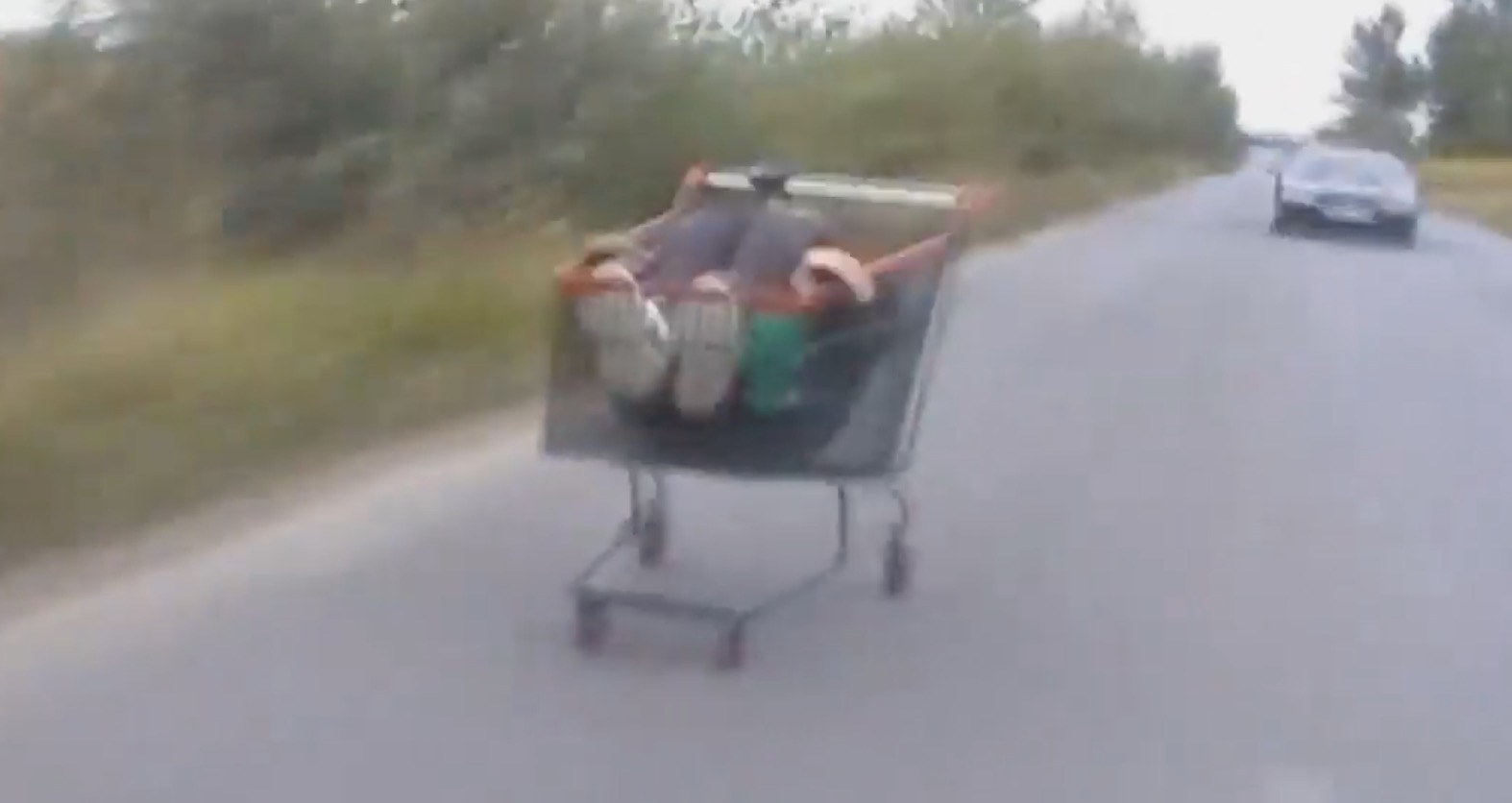 Sometimes, when you get yourself involved in a situation, you get that thought in the back of your head that it’s going to end badly. After seeing something like this, these guys had to have gotten involved with this little stunt situation knowing that there was no way that this was all going to end well. I mean, who jumps in a shopping cart and thinks that they’re going to be pulled behind a car and have it end with any sort of success unless your version of success is getting dumped straight into the pavement, face first.

On second thought, a younger version of myself would probably think this is a good idea.

However, as somebody who likes to think that he’s matured a little bit, I would probably recommend not trying this out for yourself. Outside of the pretty cool video that you get from it putting yourself in harm’s way ,I don’t think there is very much upside to trying to pull off a stunt that looks like this. Simply stated, the adrenaline probably isn’t worth the possible consequences that come alongside such a high-speed ride.

If you follow along down in the video below, you’ll see exactly how this saga ends. The spoiler alert that goes alongside the stunt that you see here is that the individual who decided that they would ride along in the shopping cart probably regrets going on this journey in the first place. After seeing something like this, I think that for a lot of people, it might just jar some sort of funky and beloved childhood memory where they tried out something that, in hindsight, probably wasn’t the best idea after all but at the time seemed genius. I mean, we do all have our cringey “just being a kid” moments, after all!

« Is the Harvick/Busch dominance a Good Thing for NASCAR?