Over the years, it’s likely that many motorsports fans have familiarized ...

Over the years, it’s likely that many motorsports fans have familiarized themselves with the Deegan name. As the head of the family, Brian Deegan has been involved in all sorts of motorsports. Just to name some of his accomplishments, Deegan is cited as a founding member of Metal Mulisha, the first ever to do a 360 on a dirtbike in competition, and the “Most decorated Freestyle Motocross rider in X Games history.”

That’s not where the motorsports involvement stops, though. In addition to being a part of other motorsports himself, it appears as if Deegan has handed down that need for adrenaline to his family. Between Hailie, Haiden, and Hudson Deegan, there is a lot of high flying and white-knuckled racing action going on.

This time, we get to peek behind the scenes of one of the biggest families in action and motorsports. What exactly does their North Carolina dream compound look like?

This time, Hailie Deegan takes us on a tour of the waterfront abode with the help of “The Dingo” and Monster Energy Cribs.

As we make our way through the house, we quickly find that the home is a palace fit for motorsports royalty. The spread unfolds with seven bedrooms and five bathrooms over three levels that span 8000 square feet. Put it right by the water with a personal dock and a boat and the home seems to be the perfect escape.

Of course, there are a variety of features that make this custom built home one-of-a-kind. In order to dive into it with a full head of steam, be sure to check in with the video below from Monster Energy. We have to warn you though because after checking out this crazy pad, you might just be itching to upgrade your own home! We can’t guarantee that your checkbook is safe! 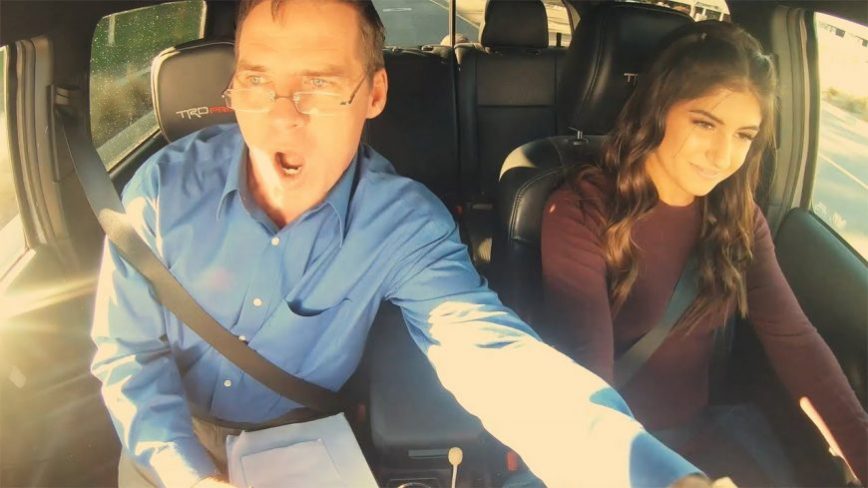