As the automotive industry surges on and we find different sources of power to propel ...

As the automotive industry surges on and we find different sources of power to propel our vehicles, you see like names like Tesla rising to the top of the automotive market, seemingly out of nowhere, offering a variety of vehicles that are intriguing, to say the least. However, one thing you might not have considered is that as these vehicles age and eventually, people do things like crash them, the power sources are going to become more and more available, meaning that we might even get the opportunity to see them in vehicles that you might have never thought possible.

As we’ve seen plenty of unique swaps featuring internal combustion engines, we’re sure that electric swaps are right around the corner as it seems to be a trend that we could definitely see putting together a head of steam over the next couple of decades. As we have repeatedly seen different trends come and go, you never know what tomorrow holds and there might even be a day where the electric swap is as common as an LS swap. Could you imagine that many silent vehicles rolling around on the streets and at car shows around the country and the world?

If you join in with the action here, you’ll be able to see a clip from Rich Rebuilds who you might know as the guy who revives wrecked Teslas, however, this time, he stumbles upon an electric swapped Audi S5, a car that you normally expect a bit of a grumble of but instead, is ominously quiet with a power plant that’s oddly familiar to Rich.

Do you think that things like this will catch on or is this sort of a one-off creation that we won’t see again anytime soon? Just imagine a world with a bunch of electric swaps and the possibilities from supercars the trucks and even old-school muscle cars. We could definitely see some headline grabbers featuring this kind of power source.

How to Remove Clear Bra From A 12 Million Dollar Ferrari 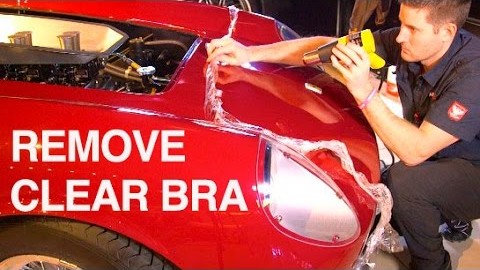