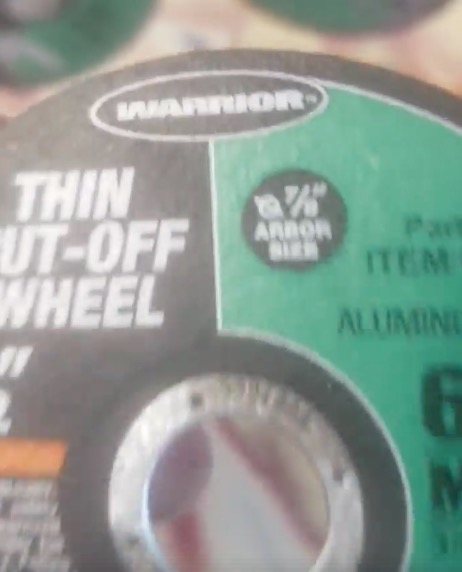 As the battle wages on between those who think that you should try and save some money at Harbor Freight and pick up some budget mindful tools versus those who disagree and think that you should spend more money on name brands, yet another piece of information has risen to the surface, with at least one particular accessory that you can purchase at Harbor Freight that might just show exactly why some say that the company’s tools are getting even better in recent years. If something like this is, in fact, true, then you might just begin to have a little bit more confidence in the other items in the store as well.

This time, the topic of discussion is none other than your traditional cutoff wheel. With something like this, it seems like an item that is cheap enough to try out, even if it ends up not exactly living up to expectations. At the end of the day, if it doesn’t exactly work in your favor, you’re only going to end up losing a couple of bucks. It’s not like you’re throwing away $100 or more on some sort of power tool that you might be able to purchase at the store. However, if their other tools end up being anything like what this video claims their cutoff wheels to be, you might want to think about purchasing some of those as well.

Now, you’re probably familiar, at least in some capacity, about how brands will slap a different logo on something and sell it at a premium price, all while offering up basically the same product (If you didn’t know, now you do). In this video, as the logo was peeled off of a cutting wheel, a brand-name was hiding out underneath. If this is really the case for all of these cutoff wheels, and potentially other tools, you could be getting a little bit better of a deal than you had originally anticipated.