He Went FULL SEND Off Ramp in Ram TRX (There Was Damage!) 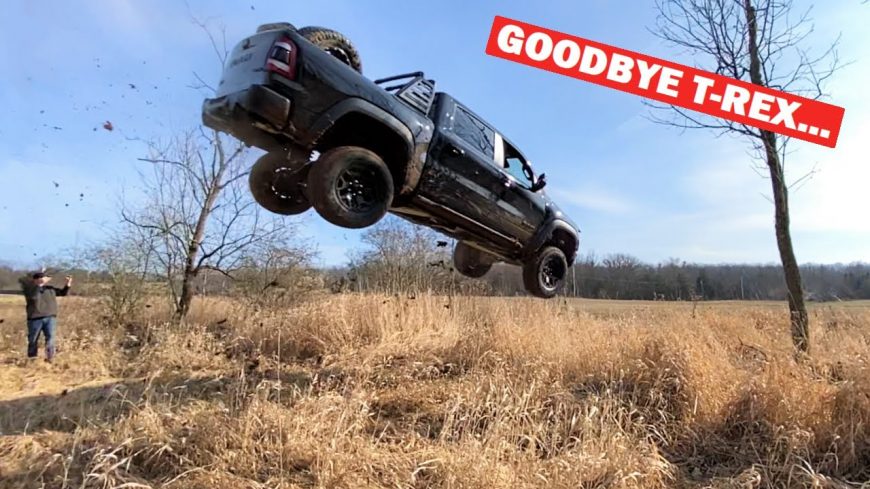 When we look at a vehicle like the Ram 1500 TRX, it’s easy to get excited about. All of that power and off-road capability has us licking our chops.

However, in the real world, we’d guess that there aren’t very many people who are going to push these trucks to their full capability. Even if some folks do end up taking them off-road, the vast majority will likely use them to crawl around at the mall and maybe punch the throttle on the highway here and there. There’s not necessarily anything like that but it’s simply a matter of fact that not many are beating the snot out of their $90,000 truck.

While that might be the case for the majority of TRX owners, it certainly isn’t a philosophy that StreetSpeed717 lives by. We aren’t sure if he just has a taste for adrenaline or if he’s doing a little bit of stunt riding for the entertainment factor for his viewers. However, in any situation, we have to say that it’s truly enjoyable to watch one of these things put through its paces. We aren’t just talking about the drives sand dunes from the marketing materials but instead, this is something that really takes things to a new level.

Down in the video below, we see the hardest that somebody has pushed the Ram 1500 TRX so far. In fact, it may actually be a while until we see another one of these things taken to this level of daredevil status.

After making the jump, StreetSpeed tells us that he didn’t exactly intend to hit it that hard. However, after putting together a pretty big head of steam, the truck went up high and definitely came down hard, breaking a couple of things in the process. We’re sure that he probably would rather avoid the destruction aspect of this all. However, it’s hard to deny that this is a pretty cool process to watch unfold.