Sometimes, the value of certain collector cars can be a little bit baffling. In fact, ...

Sometimes, the value of certain collector cars can be a little bit baffling. In fact, we would probably recommend that if you’re not incredibly familiar with this industry to stay away from purchasing cars as investments. In many cases, the value of a specific vehicle is going to skyrocket based on factors that weren’t necessarily all that apparent. Sometimes, the reson for the price hike isn’t even obvious after it has happened.

However, for those who already have certain vehicles that have spiked in value or have been searching for a certain vehicle that spiked in value they might want to know why. A good example of this is the R34 Nissan Skyline GT-R. The market tells us that this car that held an ask of around $50,000 a decade or so is now coming with a price tag of over $300,000. All of this is also happening while the vehicle isn’t even legal to drive here on the streets in the United States yet.

So, could Paul Walker and his role behind the wheel of one of these bad boys in The Fast and the Furious really be enough to spike the prices that much? While some people don’t want to admit that this pop culture phenomenon has to do anything with the value of these cars, it definitely does but it also doesn’t paint the entire picture of the craze that has people paying the equivalent of a mortgage for the Japanese imports.

This time, though, we’re going to dig into all of that and more. The goal of the video below from Albon is to get to the bottom of what exactly it is that has enthusiasts going absolutely wild over the R34 Skyline and if that craze will ever come back down to earth or if the car is just going to keep appreciating in value until it’s worth over seven figures.

Millions Of Dollars Worth Of Skylines Being Stored Under Plastic, And Ready For Purchase. 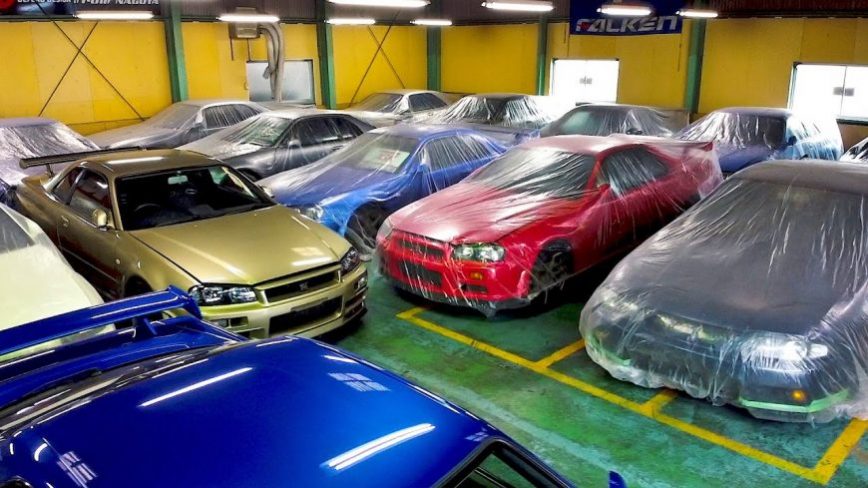