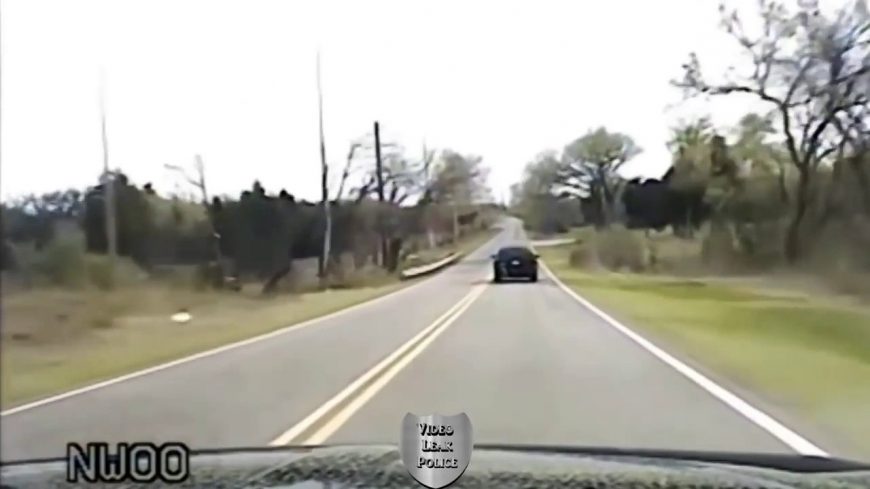 When it comes down to it, running from the police is probably almost never a good idea. Even if you’re someone who is determined to get away and doesn’t want to face the consequences for whatever reason, there’s not a very good chance that you’re going to be able to outrun a radio.

This time, we check out an extended clip of someone who did try their luck when law enforcement began to tail them and, while it was a valiant effort to get away, it didn’t end in the way that this driver had probably anticipated. In fact, the result of this one probably hurt for a long while.

We ride along with a police dashcam as the suspect in question attempts to outrun the police cruiser, dipping in and out of traffic and matting the throttle down to the ground until the vehicle reaches incredibly dangerous speeds as he zips through populated areas. All of this would be before the chase would come to a shocking end.

Check out the video below as the driver running away attempts to pull off an evasive maneuver and instead of getting free of his pursuer, he ends up duping himself as the car shakes back and forth before tilting a little bit too far and rolling itself over. That most certainly is quite a violent ending to something that could have been avoided if he just pulled over and took on the consequences that are probably now a lot steeper.