Hit and Run Scam All Caught on Dash Cam

Hit and Run Scam All Caught on Dash Cam

There’s really something special about heading out to do a job and using your ...

There’s really something special about heading out to do a job and using your mind and body to be able to accomplish an incredible task. At the end of the day, a feeling of satisfaction comes over you knowing that the money in your pocket was something that you earned and nobody can take that away from you. However, as unfortunate as it might be, some people don’t take that same philosophy to heart and instead decide that they would rather take the easy way out. There’s not necessarily anything wrong with easy money but when it comes at someone else’s expense as they’re scanned, you can see where the problem might live.

One way of getting scammed is out on the roadways. As lots of things can happen pretty quickly out there, people will take full advantage of that, twisting and turning confusion into a situation where they come out on top. Perhaps it’s all wrapped up in some sort of insurance scam which looks to be exactly like what we see here. To the dismay of the people trying to pull it off, however, the entire thing was caught on dash cam and the perps were pretty much seen in the act trying to steal money directly out of someone’s pocket and doing an incredibly poor job at it, might we add.

If you follow along in the video below, you’ll see some incredibly erratic driving and aggressive maneuvering that attempts to trick someone into thinking that they were in the wrong with a hit and run when they so obviously did nothing of the sort. We have to warn you here because watching something like this might just make you angry but it’s definitely something that you could learn from should you run into similar scammers in your travels. 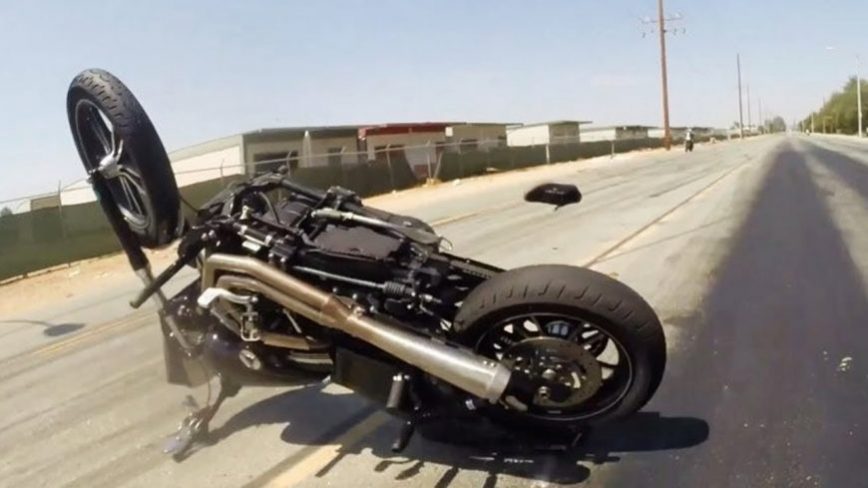