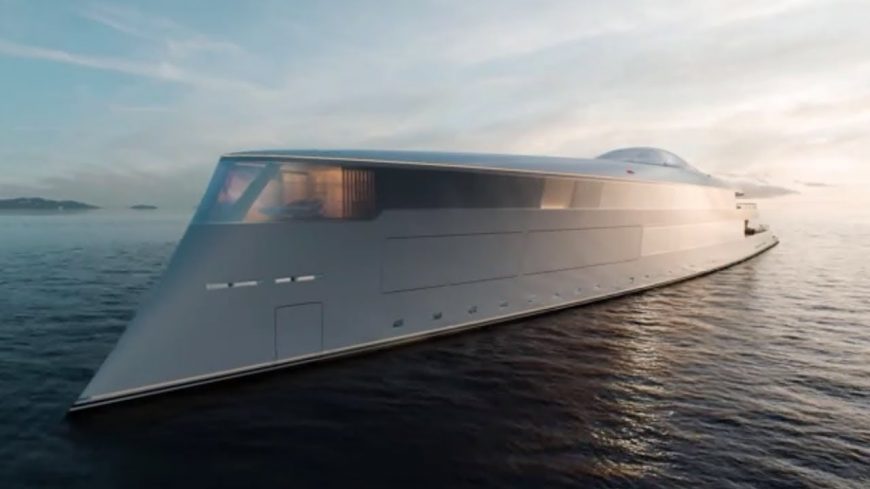 That’s the sum of money that was reportedly being shelled out by Bill Gates to purchase his next superyacht.

While part of the viral story ended up being a hoax, the vessel is still very real. What we have learned is that the vessel is still a concept. It may or may not make its way to market. However, those behind the effort seem to be optimistic. The vessel is known as “Aqua” is a concept that “Meant to build a better future,” according to Sinot, the manufacturer behind it.

As one might expect, the world’s first hydrogen-powered superyacht is going to have all of the amenities that one could ever ask for. Among them, we find things like a helipad, a gym, and even an infinity pool. The features are really too numerous to list here.

The concept from yacht maker, Sinot, is said to be 370 feet long and will be composed of 5 floors. This space will be used to the tune of up to 14 guests and housing for 31 crew members. However, luxuries aside, the ship has one prominent feature that many are wondering about. The power source isn’t exactly what we’re all used to. Instead, emissions will be a thing of the past aboard this vessel.

The Guardian describes the power source the best – “But its most cutting-edge feature is tucked away below decks – two 28-tonne vacuum-sealed tanks that are cooled to -423F (-253C) and filled with liquid hydrogen, which powers the ship. The fuel will generate power for the two one-megawatt motors and propellors via onboard fuel cells, which combine hydrogen with oxygen to produce electricity. Water is a byproduct.”

They tell us that the monster likely won’t be ready to see the seas until 2024. When it finally does head seaward, the range is expected to be 3,750 miles. That means that it won’t be able to make any transoceanic trips anytime soon. We’re sure that the owner of a yacht worth hundreds of millions won’t have any issue paying for yacht transport services, though.

The ship raises some interesting concepts in relation to the future of transportation. Will there be a day where water is the most dangerous byproduct of power creation? If this vessel is any indication of the future, that could very well be the case.