Sometimes, we really get to thinking about how certain cars have evolved in culture ...

Sometimes, we really get to thinking about how certain cars have evolved in culture and it really boggles the mind. With a vehicle like the 1993 Honda Civic, there probably weren’t too many people at Honda who thought that it would become a cultural phenomenon. It was nothing more than a cheap and economical car when it rolled out of the factory.

Hate the cars or love them, we all have to realize this generation of Civic really has spiraled into quite the motorsports icon. The platform acts as an affordable car to modify that can be seen stretching all sorts of different directions. Lots of people have decided to turn Civics into their own personal dream machines.

While, most of the time, when we speak on this generation of Civic, the conversation has to do with drag racing, this time, it’s anything but. Instead, the man behind the magic here decided to take this Honda and transform into a hill climb car. Beefing it up with a V6 from an Acura and a little bit of boost was just the start. Now, the platform would now have a little bit more power to ride with. In addition, these Hondas are known for being notoriously light so it doesn’t take a ton of ponies to tip the needle in favor of a fast ride.

Most notably, here, we see that the Honda has been modified in a variety of ways to keep it glued to the track. As a hill climb is all about twists and turns challenging the driver, we can see that the car has undergone a substantial amount of aerodynamic modification. Some of these modifications are homemade and others are sourced from different cars. When all is said and done, there’s certainly a lot to look at here in one tight and concise package that looks like an absolute blast to drive. 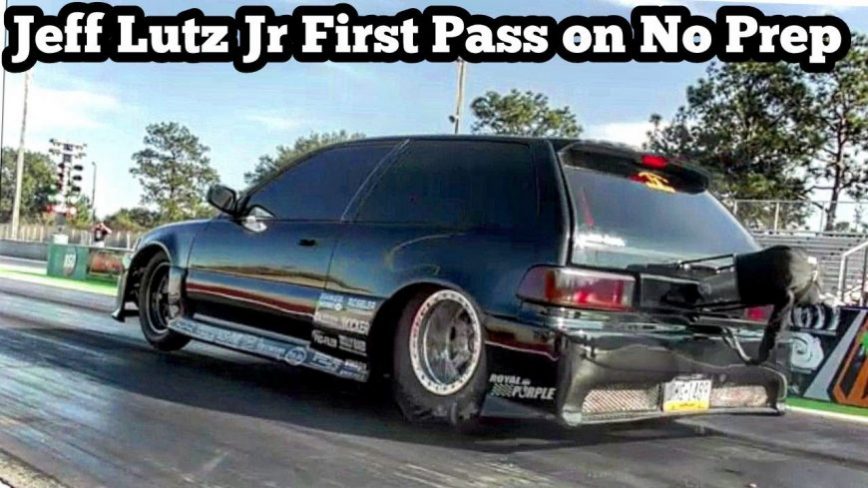