Hoonigan DT245: How to Legally Import a Skyline! 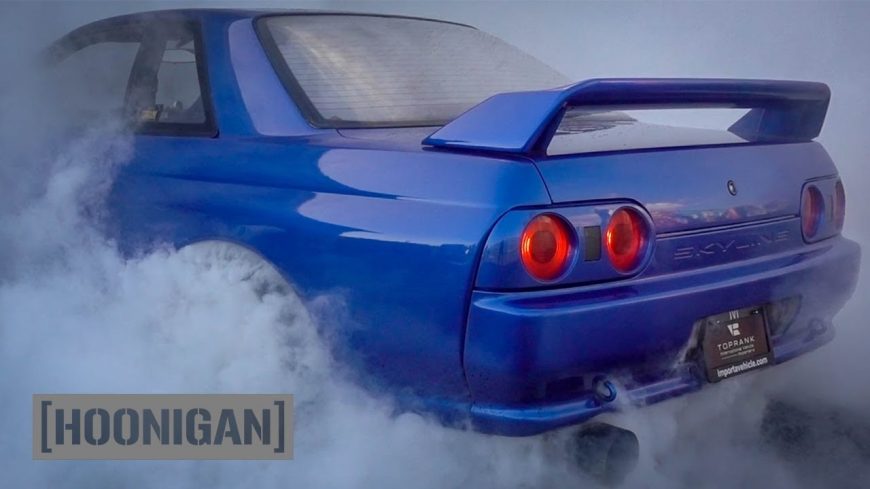 This is a big one, guys.

Nissan’s venerable R32 Skyline has been one of the most sought after cars for US enthusiasts for years, but have only recently reached the age that allows them to be imported legally without fear of them being seized and crushed. We’ve even heard horror stories about people importing these cars the “right way”, only to still lose them to the authorities in the end.

Thanks to the wording of the law, any car that is over 25 years old can be imported without having to meet the NHTSA’s crash test standards, and vehicles over 21 years of age can be imported without having to meet the EPA’s emissions tests, as long as they’re in stock configuration. These two “loopholes” allow cars like this 1989 R32 Skyline to be imported legally without fear of losing your ride. However, the process it still reasonably complicated and shouldn’t be handled by just anybody who decides they want to bring over one of these cars, so there are companies that help interested buyers find the right car and cross their t’s and dot their i’s on the application process to ensure everything is on the up and up with the authorities.

Of course, being at Hoonigan, we want to see the car doing some burnouts, and the car’s current owner, Sean Morris, is happy to oblige. Some of our readers may know of Sean, as he was the man behind the “Big Bird” Skyline from the original Fast and Furious movie and has been a part of many Skyline-related endeavors over the years. Sean jumps in this blue R32 and cuts up in true Hoonigan fashion, putting on a heck of a smoke show. It’s cool to see an AWD car with the ability to flip a switch and switch to RWD, that’s not something you see everyday in a car that’s nearly 3 decades old!

« Seventeen Minutes of What Not To Do Behind the Wheel