When it comes to leaving a car show, there always seems to be some sort of drama ...

When it comes to leaving a car show, there always seems to be some sort of drama involved. As people behind the wheel get giddy and pound the throttle, things don’t always align just right. In fact, there are plenty of times where we see this go wrong. Usually, it has to do with the driver staying in it for too long. Failing to remove one’s foot from the accelerator could end up sending the car spinning into a frenzy. This time, though, it doesn’t seem to really add up to that.

Instead, what we see are vehicles leaving the PRI Show in Indy a couple of days ago. Behind the wheel here, we’re told, is David Ankin. You might recognize the name from the ToyMakerz television show. He’s also cited as being a former motorcycle stunt rider, race car driver and stuntman.

In this particular situation, it looks like the conditions simply got the best of him. As Ankin left the PRI show, he got into the throttle just a little bit before letting out. Normally, this wouldn’t be enough to send a car sliding but the hot rod here wouldn’t agree. Instead, we watch as it skids sideways into a wall, flipping over in the process. If we were to make an educated guess, we would say that it had something to do with the extremely cold road temperatures in the area.

As unfortunate as a situation like this might be, we have been told that Ankin was able to walk away from the incident. It’s situations like this that show just how quickly something can evolve. In lots of spots similar to this, it’s clear that driver error is what caused the wreck.

In lots of spots similar to this, it’s clear that driver error is what caused the wreck.

We’re not sure that there was too much-done wrong here to lead to the end result, though. 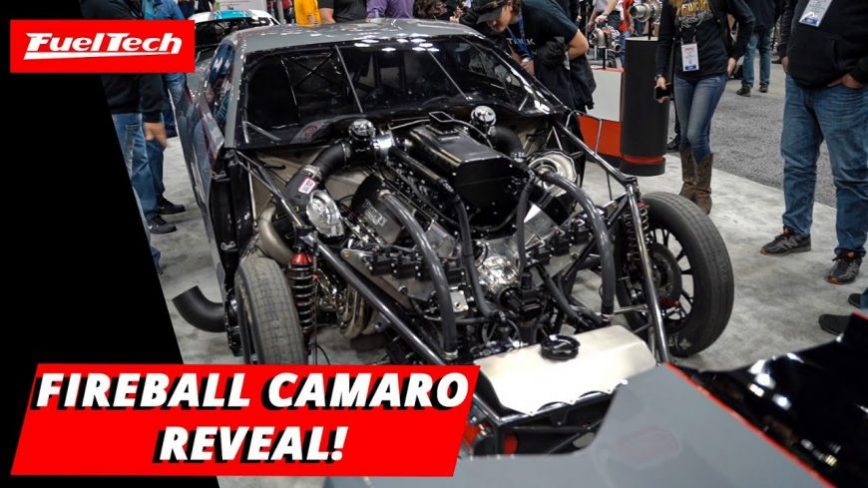