How a V12 LS Engine is Made 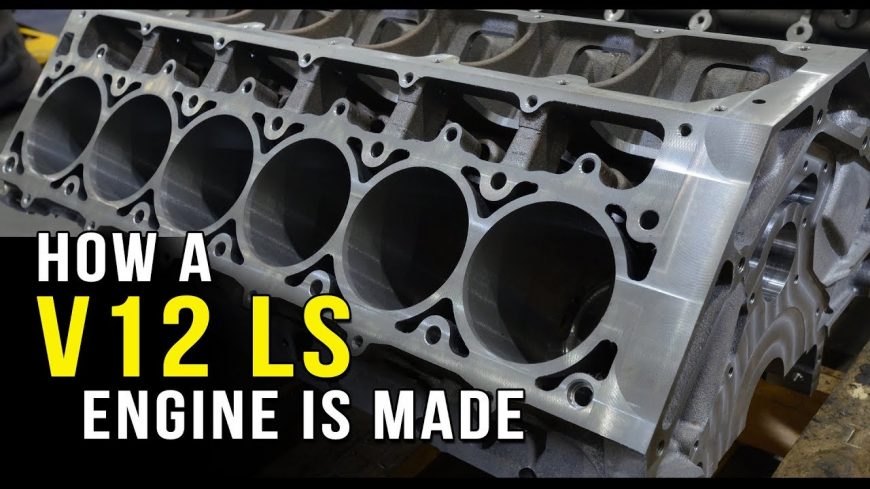 When you take one look at performance landscape, you learn that the LS engine is it in plenty of cars around the scene. It has become pretty much one of the few go-to engine swaps that you can plop in just about any car that you want. However, there have been some whiners out there who like to make their opinion known that they think that LS swaps are getting boring. Well, for those who are doing all the crying, maybe this is something that they can sink their teeth into because this takes the concept of an LS engine and stretches it out a little bit, quite literally, throwing some extra cylinders into the mix.

Before, you might have seen the v12 LS engine making its debut at shows like SEMA but this time, the guys are back at it again. The first go around of the project would see two separate engines cut down and essentially welded together to make one solid piece. After the initial experimentation was done, it looks like the people behind the original 12-cylinder would re-create it, trying to make a one piece block so this thing can really start making some power. They say that the end goal in mind here would be a 9.5 L engine that is looking for 1000 hp on pump gas, all without any sort of power adder.

The video down below will give you the rundown on exactly how a V12 LS engine works and what different configurations you can get one in for yourself if this sounds like some power that you would like to have. Via their website, it looks like long blocks start at around $35,000 which definitely isn’t cheap and we would venture to think that finding parts for these things is pretty much near impossible but if you’re looking to have a vehicle with something that’s completely different under the hood that also is able to provide more than its fair share of kick, this might be your way to go.