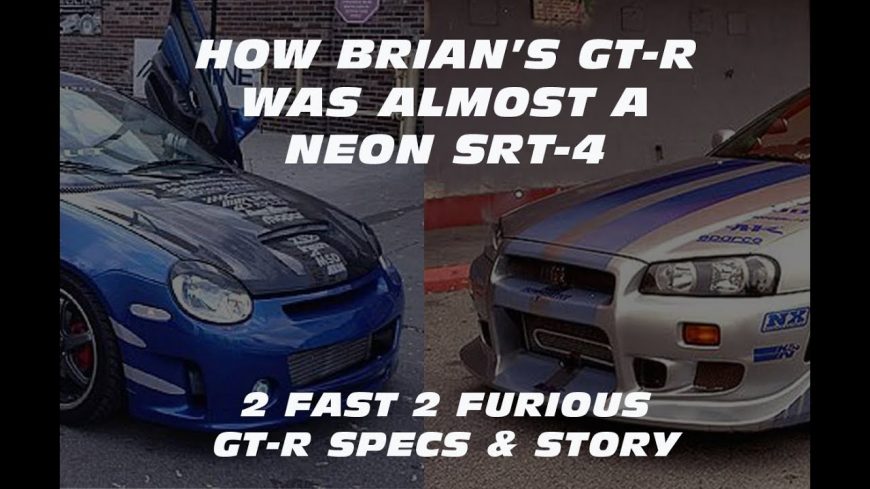 It’s pretty crazy how influential movie cars can be on the car community. After the first Fast and the Furious movie came out, everyone fell in love with the Toyota Supra. When the second movie ended up coming around, it was time to pick out new cars. One of the biggest questions to answer would be what the main characters were going to be behind the wheel of. After all, the cars can help to push a character in one direction or the other. Which each machine having its own distinct personality, the wrong choice could spell out bad news for a character.

As we all know, eventually, Paul Walker’s character ended up driving a 1999 Nissan Skyline GT-R in the second movie. Yet again, the car selection was a hit and fans fell in love with the machine. Much like the supra, everyone wanted to have one. This time, it would be a bit more difficult, though, because the Skyline was far less common here in the states. We would venture to think that the movie might’ve inspired just a few imports, though. What if this Skyline never came to be, though? What if Brian O’Conner ended up driving something entirely different?

As it turns out, that was nearly the case. In fact, if we ask Craig Lieberman, the guy responsible for finalizing the car list, it almost was something much more common. Apparently, when planning for the movie, the studio had actually originally intended to put Brian in a Dodge Neon SRT-4. Now, there’s nothing wrong with these cars. They certainly have their place in the food chain. However, we also wouldn’t insert a child’s finger painting where the Mona Lisa is supposed to be.

The video below tells the entire story of how Lieberman basically saved the film series. Trying to imagine Brian wheeling a Neon almost puts us in a place where maybe the franchise might’ve never taken off.