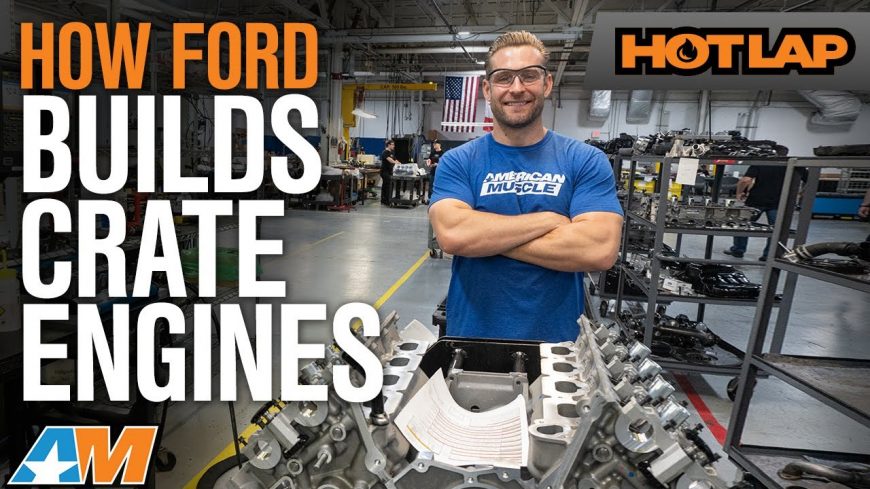 Some of my fondest memories as a kid come from nights spent in the shop watching my friend and renown engine builder Jeff Wilkerson build engines. Wilkerson has built engines for several world-championship winning programs in the NHRA’s sportsman ranks as well as some of the most successful bracket racers in the world.
I would hang out for hours watching Jeff do his thing, and always noted the tremendous attention to detail that went into every single step of his process. After years of building engines that would last season after season needing little more than fresh oil and the occasional check of the bearings, it became clear to me that his meticulousness set Wilkerson apart from other builders.
It would seem that Ford Performance’s hand-built Coyote and Ford GT programs have automated a process that provides a similar level of detail to allow those engines for their racing and performance customers to get the most precise, consistent build process for their engines. It’s really cool to see how they’re taken a process that could be susceptible to human error and all but eliminated any chance of that.
From beginning to end, each step of the process is monitored by the company’s automated build tracking software, which controls the tools used for the build process. The electric wrenches used to assemble the engine is even controlled by the computer, which monitors every step to make sure each bolt is sufficiently tightened before allowing the builder to move on to the next set of fasteners.
While this may almost seem like “babysitting” the builder, it does give Ford some insurance that the process has been followed to the letter and helps absolve them of any finger pointing if something were to go wrong with an engine after it leaves the facility.