How Mercedes Created A Wheel That Would Prevent Tires From Exploding

How Mercedes Created A Wheel That Would Prevent Tires From Exploding

There is a common phrase floating around that encourages people not to reinvent the ...

There is a common phrase floating around that encourages people not to reinvent the wheel. In most situations, this might make sense. However, when the folks over at the Mercedes-Benz engineering team took one look at this idea, they scoffed at it. Sure, the wheel as we know it might be good. However, good is only going to take us so far if things can be better.

To be fair, though, in this one, we aren’t talking about just any wheel and tire. For all intents and purposes, the wheel that one would find on the majority of road cars is pretty effective as is. In fact, there have been many who have tried and failed over the years to make it much better. However, when it comes to the likes of Formula One, the equation just changes a little bit.

In the world of Formula One, it’s certainly no secret that components get pushed to the absolute limit. Everything is designed with the purpose to get the most of out the application within the rules. In the scheme of being able to go as fast as possible with one of these things, lots of different outside factors get introduced as well. For example, heat can be a killer of speed and performance. In addition, it can also go a very long way toward disintegrating and nullifying the engineering within a vehicle in a hurry if things get too intensely hot.

This time, we dive into the idea of how that applies to tires and how Mercedes-Benz completely re-engineered a wheel in order to make their tires work better. Sometimes, answers are obvious and engineers need to think outside the box to really pull out the simplest of benefits. Other times, though, something so seemingly simple can come on the back of countless hours of work from teams of geniuses giving their best effort. 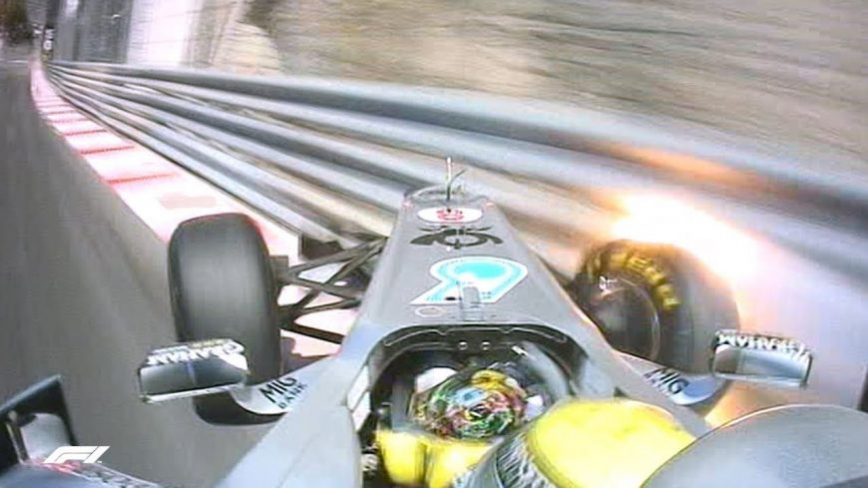