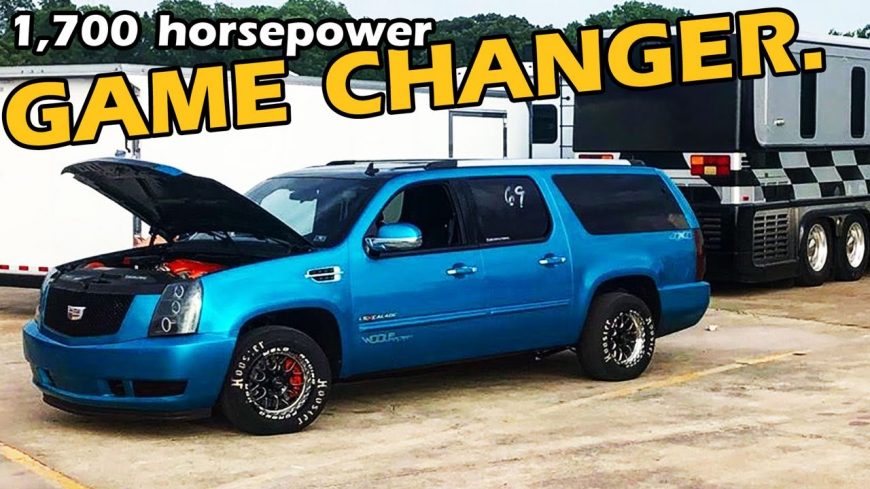 Sometimes, in the racing community, we have our disagreements. When it comes to going fast and winning races, there are probably all sorts of different opinions flying around about what’s the most efficient way to do it. Perhaps, someone has a favorite combination over the next or maybe they like one theory over another.

Some tuners may prefer imports and others might like domestics. Perhaps we can look to the never-ending battle between those who enjoy superchargers versus those who can’t turn down the efficiency of a turbocharger. No matter what camp someone might reside in, though, I think that most can agree on one thing. Weight is simply the enemy of performance. Not only is it a good way to make a vehicle slower but it’s also a little bit more strenuous on components, causing lots of stuff to break.

For Mitchell Stapleton, the owner of the LSXcalade, he has found out just that. However, even though Stapleton very much realizes that this equation is a fact, he chooses to ignore it. With that, we find that his heavyweight Cadillac Escalade really packs a punch, even though it weighs in at more than a factory Escalade.

Because of that, Mitchell’s willingness to go fast has really taken this machine to a new height. As such, it has definitely become one of the most viral trucks on the internet over the past year or so. This time, we ride along with a little feature over at Truck Central that takes us inside of the SUV as hosted by none other than it’s very own owner. There aren’t too many people who are going to know the build better than the guy who put it all together.

By following along with the video down below, we get an up-close and personal look at the SUV that is fast fun for the entire family.

« Street Outlaws Farmtruck Opens up a Can of Whoop A** on AWD Boosted Truck.