How Porsche’s Are Made, The Process To Perfection 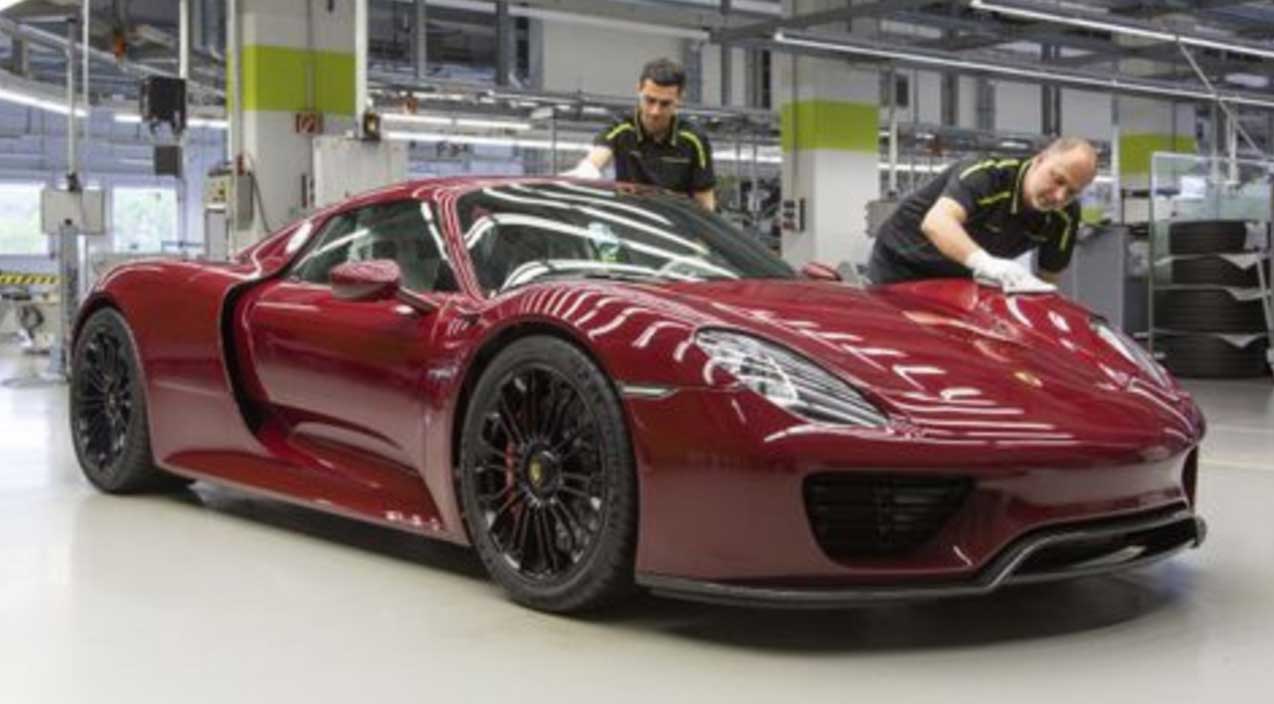 There’s something incredibly mesmerizing about watching a car being built from literally a pile of parts and pieces into a running, driving vehicle. Porsche is known for building beautiful luxury rides with a focus on performance, and this look inside one of their factories really shows the attention to detail that goes into each car produced by the German automaker.

This particular factory builds the Panamera executive car, the only four door car Porsche builds, and the Macan SUV. Groups of automated robots assemble both vehicle’s frame and outer shell before sending the hulls to the paint booth. After each body/chassis unit is dunked in an anti-corrosion bath before the welded seams are coated with a PVC material. A primer is then applied before the basecoat/clearcoat paint is applied. The painted body shell and chassis are then sent down a drying tunnel, where the 275 degree heat helps dry the paint.

From there, it’s back to the factory, where workers assemble the car from a bare chassis to a turn-key car in phases, starting with the interior. The interior is installed as a combination of large pre-assembled modules and smaller individual components, and workers have the assistance of lifting robots to help prevent workplace injuries.

Doors are taken to their own assembly line, where they’re fitted with mirrors, windows, door handles and trim, while the vehicles’ underbody components are added on the main assembly line. These include brake lines, fuel lines, the fuel tank, and heat shielding.

Front and rear windshields, lights, and badging mark the finishing touches on the exterior, while the seats and airbags, and accelerator finish up the interior assembly. After bolting up the wheels and tires, the cars are taken for a lap around the test track before being shipped to dealerships around the world.

How Porsches Are Made

How Porsches are made.