How the Porsche 917 Used an Inflated Chassis, Other Engineering Tricks to Dominate in Le Mans

How the Porsche 917 Used an Inflated Chassis, Other Engineering Tricks to Dominate in Le Mans

To the casual spectator, it might be difficult to understand the nuances of what ...

To the casual spectator, it might be difficult to understand the nuances of what racing is all about. They might just see somebody head out on the track and smash the accelerator. On the outside, aside from design differences, most people might not understand that each car can be radically different than the next.

This is a concept that comes at us in pretty much every sort of competitive racing that there is. It doesn’t matter if it’s Le Mans or NASCAR, Teams are constantly doing their research and preparing in order to try and take advantage of the way that the rules are written. Making the most of the rulebook and coming up with creative solutions to challenges on the race track is a big help in winning.

This time, we check in with a marvel of engineering for its time in the Porsche 917. Let’s just say that this particular car that dominated at Le Mans had a handful of tricks up its sleeve in order to make that happen. The car would even go so far as using nitrogen to lighten it up. Saying that it took weight savings to a new level would be an understatement here.

Down in the video below, the Driver61 YouTube channel shows us how exactly this iconic Porsche came to life and explains the steps it went through to be 30 mph quicker than every other car on the track. Some of these tricks seem so intuitive. However, it would take a visionary to be able to see the future with the engineering that it was invested in making this Porsche one of the most dominant cars of its time and potentially of all time. There’s really something to be said about the outside of the box thinking that took the Porsche 917 to a class all its own. 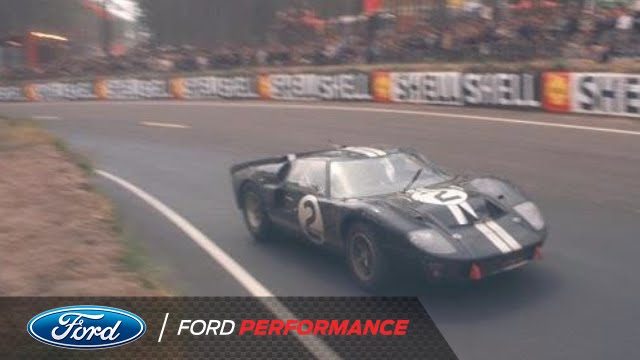