Complete Madman Hydroplanes a Pond On A 3-Wheeler 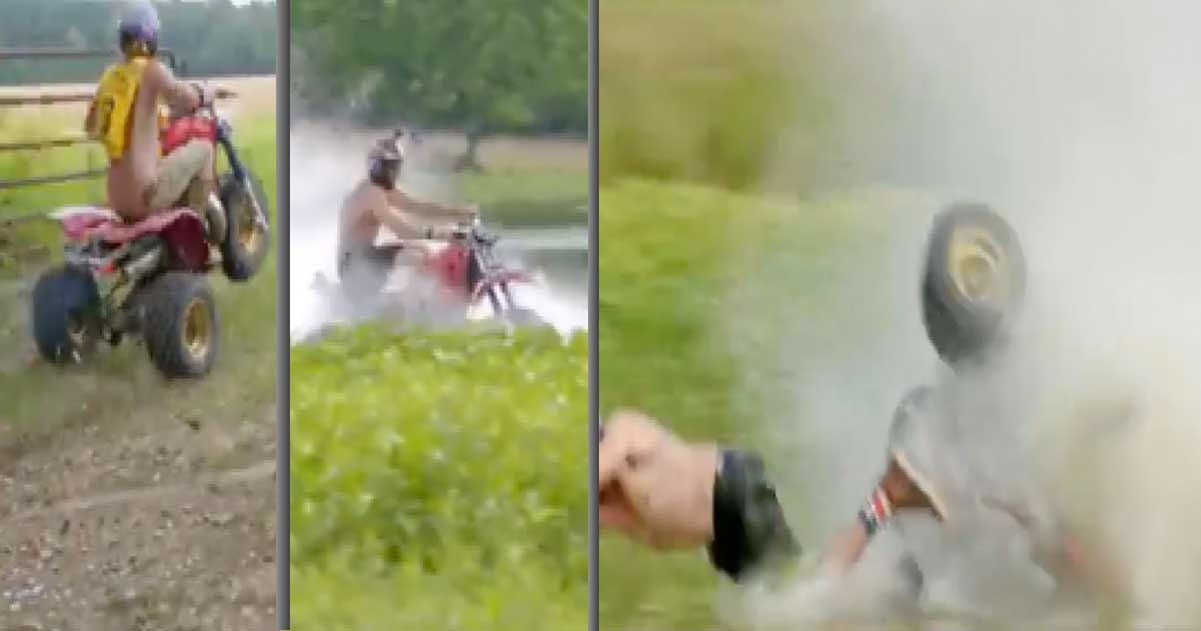 For those who happen to be looking for an adrenaline rush, they might have been pushed toward extreme sports. All that flies high and goes fast can quench that thirst for a rush. This time, it looks like Travis Pastrana and company are up to their high-speed antics again. In this one, a rider by the stage name of Trevor Piranha has simply exceeded the thrill of being on dry ground. Therefore, he has decided to kick it up another notch entirely. He’s all in on taking the fun of a 3-wheeler to the water. This might leave most confused as to how somebody could possibly do such a thing. After watching the video, I think that it’ll be cleared up just a little bit, though. We get to ride along and see the trike rider carry out something amazing.

It seems like the biggest hurdle in hydroplaning a vehicle like this is being able to commit. All that it takes is some courage to get out there and keep that throttle pinned as the bike hits the water. With enough luck, it’ll end up skimming across the top of the surface and leaving the rider to have a feeling of freedom that we’re sure is quite immeasurable. There’s just something so different and special about watching such a trike make its way across the top of the water, defying everything that our brains tell us that such a ride should be doing. It’s easier said than done to span the gap, though.

Checking out the video below takes us for a ride on the wild side. The display of this robust machine seems almost weightless as it makes light work of the surface of the water. However, when the momentum begins to slow, things can get a little bit sketchy. After seeing something like this, be sure to tell us what you think of these riders’ ability to really commit. All of this comes with knowing that there’s a really good possibility of doing a faceplant.