Over the past couple of platform generations, it’s hard to deny that the Ford ...

Over the past couple of platform generations, it’s hard to deny that the Ford Mustang has come a long way. Long gone are the days where these things left a lot to be desired. Sure, lots of aftermarket support pushed some of the older Mustangs to a place to be feared. When looking at an engine like the infamous two-valve, though, it’s hard to find much success. Even with that history in mind, though, it’s difficult to deny where the brand has brought the platform today. Show me somebody who shoots down the excitement that the new GT500 brings to the table. I’ll show you someone who is far too biased for their own good.

Apparently, though, maybe the new Shelby GT500 performs a little bit too well. For those who didn’t think that was possible, there are certainly a lot of driver and car pairings out there that don’t end so well. Some are probably already cracking jokes about Mustangs crowd surfing. That is the low hanging, easy joke to make, after all.

On the other hand, though, we could definitely see how it would be easy for a 700+ hp beast like this to get loose. As such, it seems as if we have a situation on our hands where a driver managed to finesse the new GT500 into a curb. The driver might’ve even taken out some fencing as well.

In images that had gained some traction Sunday night, we see a camo’d out GT500 looking like it needs some love. Missing from the 5.2L supercharged 700 hp monster were the front and rear bumpers along with who knows what else. It’s hard to tell from the images, but it looks like the whole front clip took a beating. No news or information has been reported on the incident officially. This video shows the 2020 GT500 Track Testing and also some clips of it spotted on the streets. 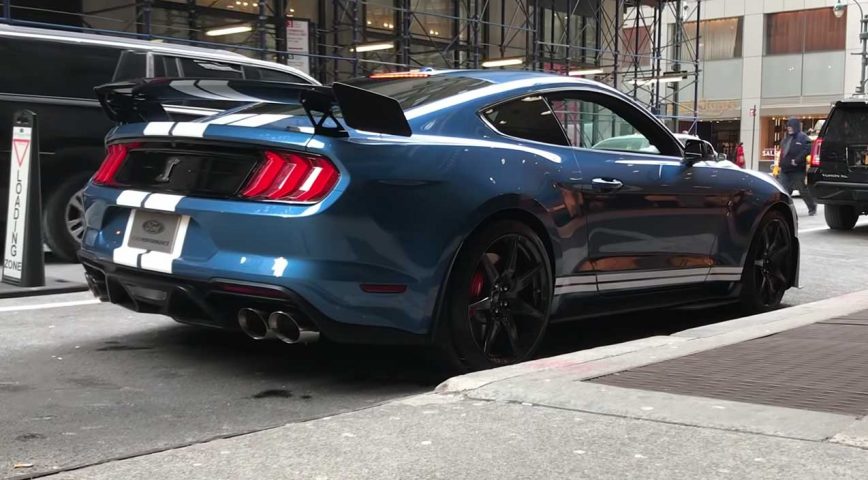