In typical Duck-X Fashion, The Carnage At Lights Out 10 Was Impressive 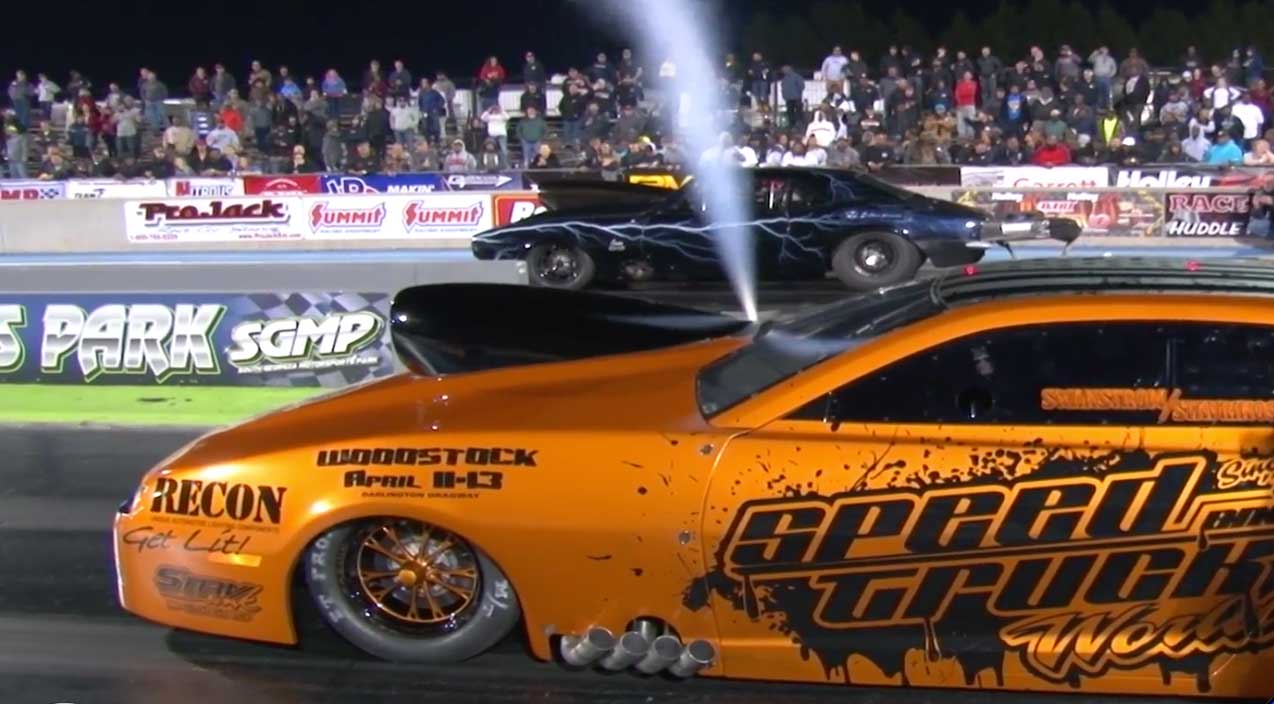 Trust me, boys and girls, you want to watch this one all the way through to the end! It’s been a while since we had a car take flight at one of Donald Long’s races at South Georgia Motorsports Park, but that doesn’t mean there still isn’t plenty of carnage and craziness to go around each time the Duck X Show rolls into Cecil, Georgia.

Our good friend Hans over at Free Life Films is always on the wall, watching diligently over the action to make sure he catches everything on the track. Because of his dedication to his craft, he’s able to run back through the footage after the racing has concluded and pull out all of the insane moments and put them together for us in compilations like this one, from the most recent DXP event, Lights Out X, which was held just a couple of weeks ago.

Instead of trying to describe each clip, which would take a lot of my words and a lot of your time, I’m just going to touch on a couple of the highlights from the highlights, if you will. One of the scariest moments of the event was Mike Jones’ blue LDR Cobalt catching fire around the 300’ mark, leaving Mike strapped inside a rolling inferno. It took him what seemed like an eternity to get the car stopped, and even longer to emerge from the car, but thankfully he escaped without serious injury. Mike’s car has been a staple in the small tire world for several years, so hopefully he will be able to get the car fixed and back on the track soon.

Another of the more spectacular moments came when west coast runner Terry Barkley launched his gorgeous flamed orange 4th gen Camaro into a massive wheelstand. The car’s balance was upset when while it was in the air and it looked for sure like Barkley would cross the centerline when he landed, but he pulled the chutes and that kept the car in his lane. Since his opponents spun and slowed, Barkley actually won the round.

There is plenty of other edge-of-your-seat action, enough to make up nearly 7 minutes, so go ahead and hit that play button and watch as things get out of hand at the biggest small tire race on the planet!

What would a Duck X Productions event be without some sort of chaos right? Here are some of the booms, bangs, pops and air from Lights Out 10!!Thank You to our Event Media Partners ASA Performance and ProTorque! Go Follow and LIKE their pages on Facebook and visit their websites. Support Those Who Support Us!!