Indy car Driver Robert Wickens Who Was Paralyzed In A crash Last Season Is Now Riding A Bike! 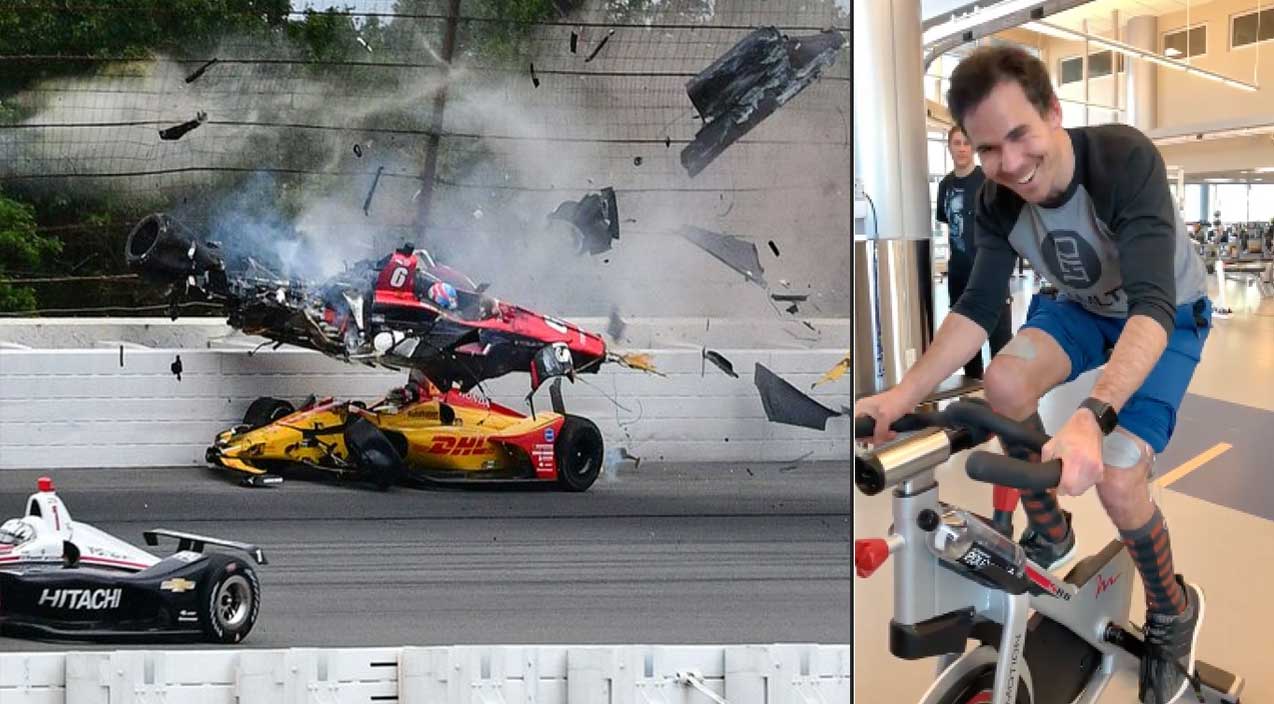 In August of last year, up-and-coming IndyCar star Robert Wickens tragically had his driving career cut short after a devastating crash during the ABC Supply 500 at Ponono Raceway. The crash left him paralyzed from the waist down, but it looks as though Wickens has decided being a paraplegic isn’t how he wants to spend the rest of his life.

Wickens’ car touched wheels the car of Ryan Hunter-Reay and set off a chain of events that saw Wickens catapulted into the catch fence, where his car was shredded and tossed back onto the track surface. It skidded to a halt, where on-track medical personnel went to work extracting him from the carnage. After spending a couple of weeks in the hospital, the full extent of his injuries was revealed by his family: a thoracic spinal fracture, a neck fracture, tibia and fibula fractures to both legs, fractures in both hands, a fractured right forearm, a fractured elbow, four fractured ribs, a pulmonary contusion, and an indeterminate spinal injury.

It was that last injury to his spine that was the cause of Robert’s paralysis, but due to the fact that it was later determined to be a bruise on his spinal cord, as opposed to it being severed, doctors and experts believed he may be able to eventually regain at least partial use of his legs with intensive rehab.

That was all Wickens needed to hear. He proclaimed that he would walk again without assistance within two years of his crash, and as of today, he’s working hard to make good on that claim. After several months of rehabilitation, Robert posted a video today, which you can see below, of himself pedaling an exercise bike, and actually making it look pretty easy. While he still has a long and difficult road ahead, you can clearly see Robert is determined to regain full use of his legs and I’m going to say it’s a safe bet he makes good on his promise to walk again within 2 years.

« The Gonorail Is Now At The FNA Firehouse. A Word From Farmtruck!