When we go to the drag strip, there’s nothing like seeing a car that’s ...

When we go to the drag strip, there’s nothing like seeing a car that’s powerful enough to throw the front end into the air. As long as people have been sending cars down the strip, spectators have found themselves watching these sorts of displays in awe.

Sure, it might not be the most efficient way of putting power to the ground but it’s definitely a showstopper, you can bet your bottom dollar on that. This is especially true when it comes from a machine that we wouldn’t expect it from. As the Lamborghini Huracan is typically an all-wheel-drive machine, as it is in this scenario, the model isn’t usually one that will throw the power to the ground in such a way as to have the nose go airborne.

This time, we head to the Hail Mary Derby Maryland International Raceway to check out a machine that definitely had enough mustard to throw the front wheels in the air. While it might not have been an intended outcome for the Alpha Performance Lamborghini, it definitely caught the attention of the Internet as the situation has quickly gone viral.

This time, we head to the scene with the help of That Racing Channel. Not only do we get to see this machine in action but we get all of the details about what exactly paves the path for this Lamborghini to create the 1800 hp necessary to make it a complete monster. When this thing does hook up and get down to business, it’s a machine that we certainly wouldn’t want to be in the lane next to. All of that power heading to all four tires is definitely a force to be reckoned with.

By tuning in with the video below, we’re all in store for quite the adrenaline rush. This machine has a way of really waking us up on a Monday morning!

Aghakhani and Eidson Dominate Yet Again, Snag Pair of Victories in Lamborghini Super Trofeo at Sebring 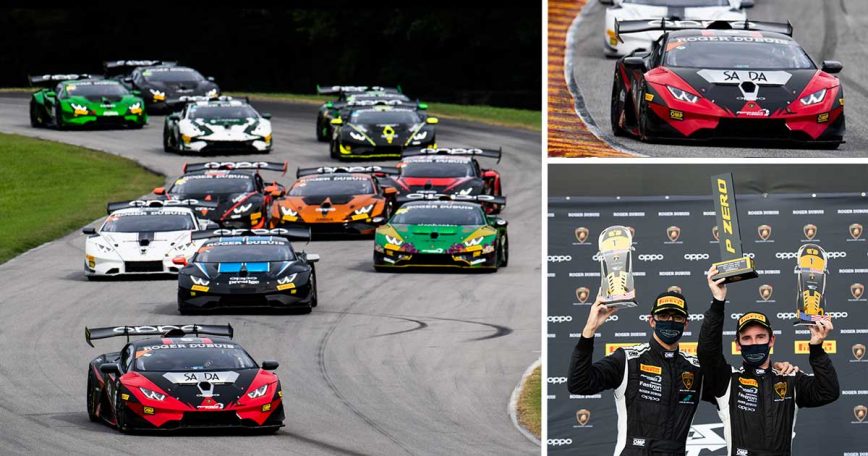