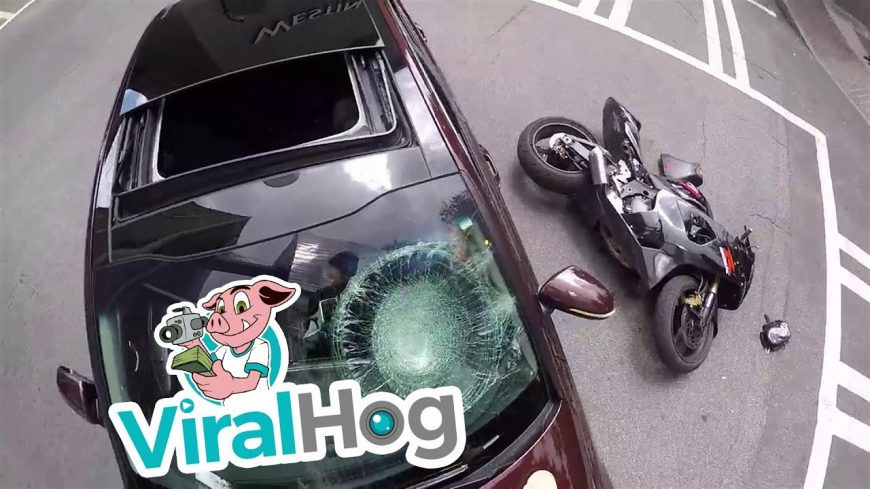 On public roadways, the actions of other drivers are always unpredictable. Sure, most of the time, drivers will probably stay in their lane to some extent. However, every once in a while, these drivers will end up being distracted or making a quick decision that isn’t exactly the correct one. Hopefully, you’re not in the crosshairs of a bad decision like this. However, when these things happen, there’s no telling who is going to get roped in.

With that in mind, it’s usually best to be as prepared as possible. However, it isn’t always a matter of being prepared or not. Instead, someone could very realistically just be in the wrong place at the wrong time, finding themselves to be a victim to somebody else’s decision or streak of bad luck.

This time, we tune in with a motorcycle rider making his way through the city, when all of a sudden, a worst-case scenario unfolds. As the rider is rolling down the street, it appears as if a vehicle ends up making a left turn from the right side of the street. For anyone who has ever driven a car, they realize that this probably isn’t a proper procedure.

Apparently, the motorcycle rider didn’t have enough time to squeeze brakes and ended up in quite the predicament. Luckily, it doesn’t look like the rider was too banged up as he was able to retaliate for what he saw to be a bad decision from the other driver. As the rider of the motorcycle ended up dumping the bike and sliding onto the hood of the car, he would take a moment to take out his anger by kicking in the windshield of the car.

Down below, we get to tune in with the moment thanks to a helmet-mounted camera that caught the entire thing on video. Let’s just say that the public response to this reaction has been rather mixed.

« Aghakhani and Eidson Dominate Yet Again, Snag Pair of Victories in Lamborghini Super Trofeo at Sebring