Inside Look: Ride Along With 12 of the World’s Fastest Boats 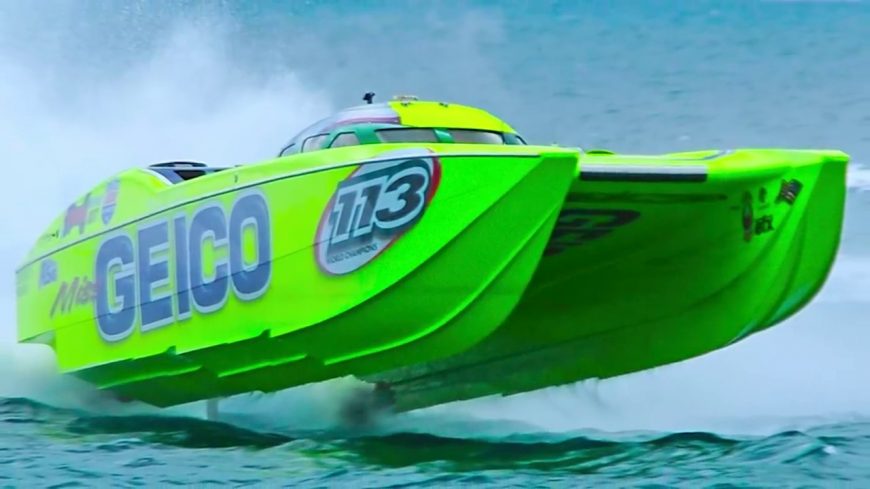 Lots of times, when it comes to gearheads, it can be easy to get lost in going fast on land. As it turns out, there are entirely different worlds out there when it comes to the need for speed. One of those particular communities revolves around going fast on the water. Let’s just say that, long story short, these guys certainly aren’t messing around. They love to have their cake and eat it too when it comes to ultimate speed out there in the liquid wonderland.

There’s this sentiment that revolves around going fast in a boat. The concept tells us that the speed that someone is experiencing on the water feels about twice as fast as it does on land. Therefore, if someone is able to travel 100 mph in their vessel, it would feel like about 200. With that in mind, some of these examples of incredibly fast boats get downright outrageous.

In this one, the whole goal is to talk about everything fast on the surface of the great abyss. In the countdown, we will see a dozen of the fastest boots in the world. These aren’t all just regular speedboats, either. Instead, they dive into different categories like vessels used in the military and luxury cruisers alike. Speed doesn’t discriminate.

By following along with the video below, we get that need for speed fulfilled. Some of these things are downright nasty when it comes to putting together a head of steam. After checking out this video, be sure to tell us which one of these vessels you’d be willing to take a ride in.

While this could be the ultimate adrenaline rush and then some, some of these things look downright terrifying. However, being able to catch a ride on any of them would probably be a once-in-a-lifetime situation.

« Sunken Ship Pulled From The Bottom Of The Ocean Loaded With Over 1,400 Cars Still Intact