Sunken Ship Pulled From The Bottom Of The Ocean Loaded With Over 1,400 Cars Still Intact 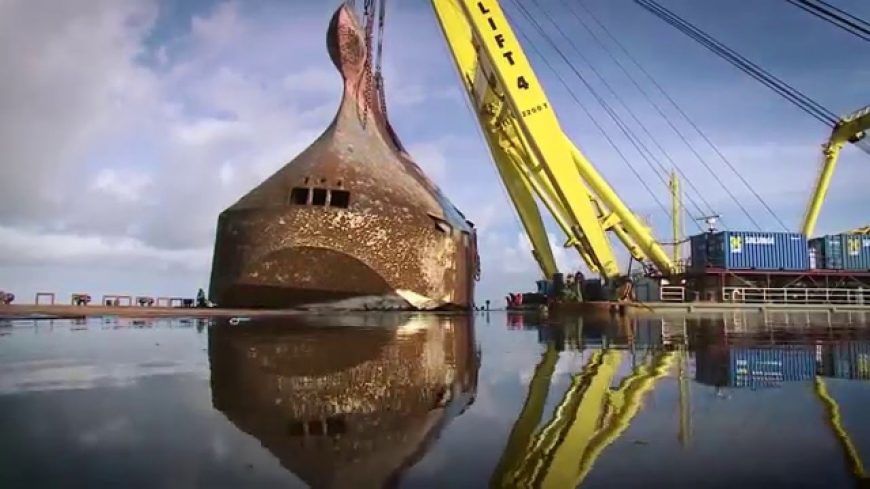 When it comes to a ship wreck, a complicated situation arises and it doesn’t end when the ship touches the bottom of the ocean. Sure, there probably is a lot to figure out when you lose a cargo ship full of cars but the extraction process might just be a touch more complicated.

When two ships collided in early December 2012, a cargo ship hauling along 1,400 cars sunk its way down to the bottom of a busy shipping channel. Because of the danger for other travelers in the channel and the probable environmental damage that would be done, someone had to go down there and fish out the vast majority of the wreckage.

A team would be selected and the mission was on to attempts to retrieve as much steel as possible without leaking harmful fluids into the water. With the sheer size, it wouldn’t be something that could just be lifted from the floor and onto land. After attempting to suck some of the more harmful fluids out of the ship, the structure had to be pulled up. Therefore, it was sliced into sections like a birthday cake and each section was pulled up one at a time.

At the end of the day, the entire salvage mission cost a grand total of $73 million to complete. It’s hard to even imagine spending all of that money on one job! All that we are left with is some hunks of useless metal, a cleaner environment, and a pretty cool video that shows the entire thing going down.