Inside the Upcoming 2022 Jeep Grand Wagoneer – Inside and Out!

Inside the Upcoming 2022 Jeep Grand Wagoneer – Inside and Out!

I think that it’s safe to say, at this point, that Jeep has kind of backed ...

I think that it’s safe to say, at this point, that Jeep has kind of backed itself into a corner over the past couple of decades. Don’t get us wrong, there’s nothing wrong with reaching out to a niche market. In fact, there is an abundance of money to be made by just catering to those who would like an adventure vehicle.

With their most popular offering in the Jeep Wrangler, that’s exactly what people will get. While the vehicle has proven to be nothing short of a phenomenon, I don’t think that anybody is out there arguing that the Wrangler has any sort of luxury factor – nor should it. In fact, they have been embraced because of their raw, rough and tumble nature, not in spite of it. As one of the best selling vehicles in the world since it came to market, we would venture to think that Jeep has done a pretty good job with their offering.

However, the brand has been making strides over the past decade or so to move a little bit away from that reputation. With an offering like a Wrangler, it probably wouldn’t be too smart to move away from that rough and tumble nature. However, it seems as if Jeep doesn’t want to be known simply as the company that makes go-karts for adults.

Therefore, they have been adding to their luxury line. For example, the Jeep Grand Cherokee has certainly come a very long way over the years. While Jeep tried to dabble in the luxury idea with Grand Cherokees of the past, we would argue that they haven’t really started hitting their stride until the most recent generation. Seriously, these things are comparable to a lot of the higher-end luxury vehicles on the market these days.

This year, Jeep has made another step toward diversifying its vehicle portfolio.

In an unveiling that we think went way too far under the radar, Jeep is bringing back one of its more exciting platforms in the Grand Wagoneer. This thing has kind of put together a cult following over the years as people have fallen in love with the Grand Wagoneer of old. In fact, the old-school version is beginning to appreciate pretty heavily in value. It’s getting hard to find one without having to pay an arm and a leg for it

With that, we were pretty excited when we heard that the model would be coming back for the 2022 model year. The large SUV that we can expect in late 2021, according to the automaker, should compare with something in the ballpark of a Cadillac Escalade.

By following along with the video below, we get the full tour, inside and out, of what we might see on the market later next year. As of now, it does seem as if Jeep is going to bring this model back. However, the version that we have right now is still technically a concept. It’s probably a lot closer to the actual public offering than most other concepts, though.

Check out all the details below! 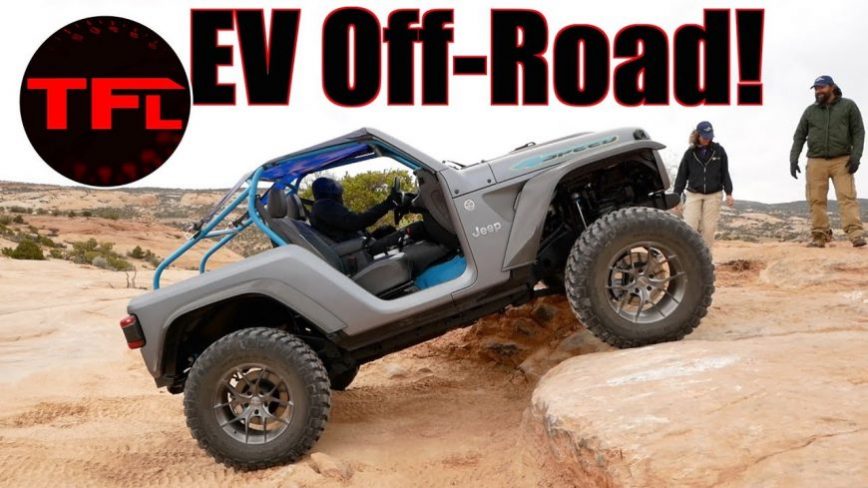