Interesting Road Inventions That Are on Another Level

Interesting Road Inventions That Are on Another Level

Because certain parts of life have gotten so easy, we don’t need to think about ...

Because certain parts of life have gotten so easy, we don’t need to think about them at all. Sometimes, it can be easy to take the most seamless parts of life for granted. For example, there wasn’t always roadways that were smooth and easy to use. Obviously, we are a very long way from having to use dirt roads in most areas. However, in between then and now, there have certainly been many little steps that have led to the roadways that we have available to us today. In these days, we have the ultimate luxury of being able to travel most places pretty smoothly.

In this one, we take a look at some of the inventions that make that transition even smoother. Whether it’s a manhole cover or some sort of cleaning the machine, all of these inventions are on an entirely new level. Some of them are widely implemented while others might be a concept in progress. However, all of them have one common goal. Every concept here has been created with the idea of making the way that we travel a little bit easier.

Essentially, these machines do all of the heavy lifting so that we don’t have to think about very much as we get behind the wheel of a vehicle and drive. The only thing on our minds has to be not getting into an accident with the other motorists. This can sometimes be a challenge in and of itself. We’ve seen how some of you drive.

By following along with the video below, we’re able to check out a couple of engineering ideas that are really top-tier. After watching a video like this, it’s going to be really hard to take some things for granted again. Whether it’s a parking garage or a highway, every single driving surface has had some heavy attention to detail paid in making sure that we can travel in comfort. You’ll never look at the road the same way again! – TechZone

Winch Operates Flawlessly With No Motor! 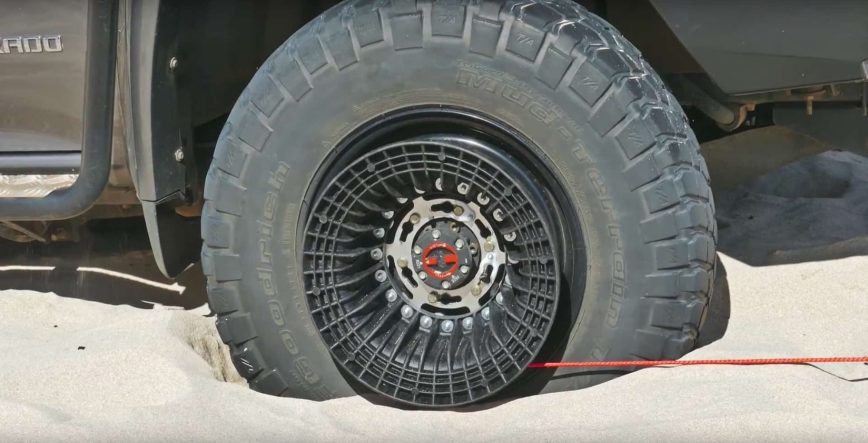