Is “Fuel” The Best Automotive Music Video Metallica Has Ever Created? 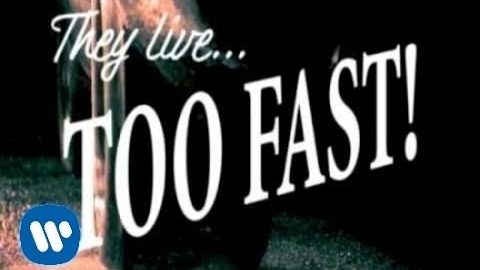 We all know the song, at least that signature opening line that’s repeated throughout the song; “Give me fuel. Give me fire. Give me that which I desire.”

The song, of course, is Fuel, from Metallica’s seventh album Reload. Despite the song’s widespread use throughout NASCAR’s television programming, the video is decidedly drag-racing oriented, featuring some pretty badass street racing-themed scenes and some killer hotrods. The video opens with a great close-up slow motion burnout, then cuts to lead singer James Hetfield launching into that iconic opening phrase.

From there, it’s rhythmic chaos as the band cranks up that familiar guitar riff, cutting back and forth between scenes showing two cars lining up on the street and close-ups of Hetfield’s bandmates shredding their guitars and hammering the drums as Hetfield continues to growl the song’s lyrics over the driving beat of the music. The two cars that are lined up to race launch in a great low-angle slow motion shot. As the race gets underway, the camera cuts to the band, a sweeping Auto Meter tach, and a burnout shot, lending the the hectic feel of the song.

Continuing, we see several badass cars racing past crowds of onlookers as pyrotechnics explode in the background, more clips of Hetfield and company shredding, and the up-close detail shots that combine to make the video a true work of art for any gearhead in the audience. There are several Camaros, a Chevy II, a Challenger, and several other Detroit muscle cars making appearances throughout the video.

As the song nears the end, the cuts become even more frenetic, building with the song’s tempo to a dizzying climax. Then, with one last line, “Well that felt pretty good”, the music stops and the final clip, reminiscent of the opening, is another slow motion burnout. Pure automotive awesomeness combined with Metallica’s trademark sound. I just doesn’t get any better!

« 1958 Kenworth Barn Find WIll Take You Back in Time! Epic Barn Find!