Is This 1800 HP 2JZ Scion FRS What the Supra Should’ve Been? 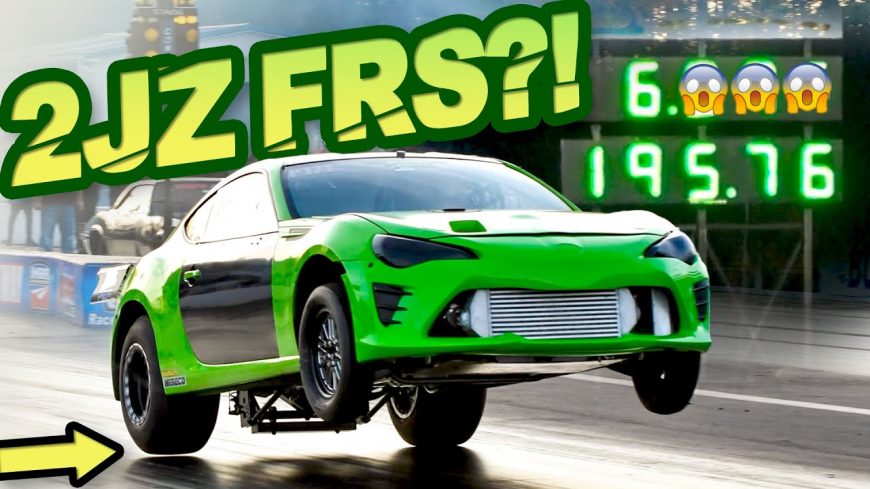 Over the past couple of years, one of the hot names to look out for has been the Toyota Supra. For years, there have been talks of reviving the model, and eventually, for the 2020 model year, we would see those talks come to life. We weren’t sure that it would ever happen but lo and behold, Toyota decided to put something together to bring their most popular performance nameplate back to life.

When the new Supra finally did show its face, fans had mixed emotions. The collaboration with BMW kind of felt a little bit disingenuous to some. These fans of the model would express their concerns that it just kind of seemed like Toyota took a BMW and put a Toyota façade over it.

Since then, we think that a lot of the naysayers for the 2020 Supra have been silenced as it has shown some real promise. However, we think that we might’ve stumbled upon just the car that might be a perfect example of what folks were likely expecting when they saw the revival of the model.

This time, thanks to the crew from That Racing Channel, we head inside of a Scion FRS that is unlike any that have seen before. In place of the factory power plant, this monster has a 2JZ like one would find in the last generation of the previously mentioned Toyota Supra.

However, this monster is cranking out way more than a stock power plant, giving this six-second car 1800 hp to play with. When all said and done, that’s almost 200 mph on the board in the quarter-mile as well.

While the GR Supra has definitely been gaining respect, we think that this might be a little bit more along the lines of what an MKIV Supra enthusiast might have dreamt up when they heard that their favorite model was coming back.