Here in the performance community, we look at exhaust systems a little bit ...

Here in the performance community, we look at exhaust systems a little bit differently than most probably would. As car fanatics, generally, we will use an exhaust system to make our cars sound aggressive. Unless somebody is trying to tone it down to have a little bit more of a sneaky sleeper car, more likely than not, it’s going to be loud!

However, in the general scheme of things, the whole point of exhaust on a car is to keep it quiet. For anyone who has ever fired up a car with components from their exhaust missing, they know that things can get rather loud. In modern vehicles, lots of time and money are invested in making sure that these exhaust systems keep cars as quiet as possible. After all, most folks aren’t going to want a roaring engine buzzing in their head on the way to work every morning. It would probably get rather annoying.

On the Garage 54 YouTube channel, the whole name of the game is off the wall experiments. This time, it’s absolutely no different as things are as obscure as ever. In this one, we check out an experiment that approaches the effectiveness of exhaust systems. Instead of any sort of traditional exhaust system, though, things are getting a little bit crazy. In fact, we’re going to see the result of what happens when nine mufflers are put in line. The whole idea is to try and make the car as quiet as possible. This is definitely a first of its kind as far as we can tell and for good reason.

By following along with the video below, we get to join in with this wacky experiment. In no way, shape, or form is using nine mufflers any sort of practical. However, we can’t help but wonder how exactly something like this is going to pan out.

What Happens When You Drive 7 Miles With Your Handbrake On? 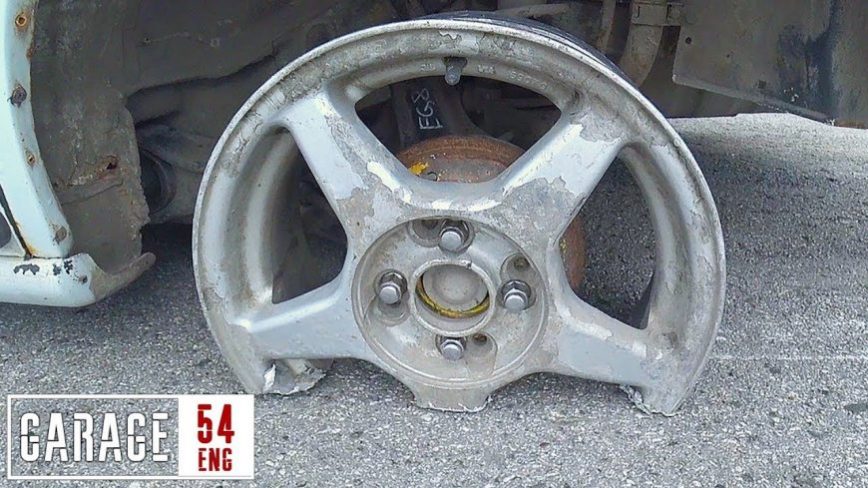