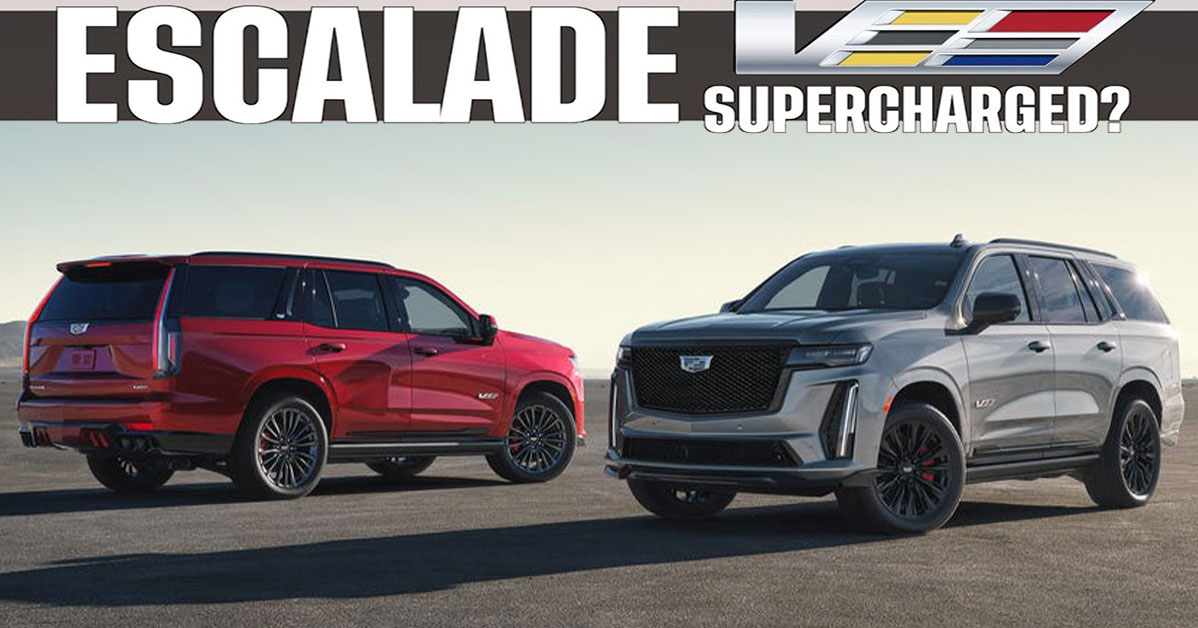 Sometimes, those who are fans of performance trucks and SUVs can feel a little bit forgotten about. However, recently, we have seen a little bit more attention paid to the performance enthusiast who prefers a vehicle that’s a little bit bigger than a sports car.

In fact, a recent release has us looking at a full-size SUV that is going to be taking on a little bit sportier of a face with something muscular under the hood as well.

I’m not going to lie. We have seen so many renderings of all sorts of different cool vehicles that I almost thought that the Cadillac Escalade V was a joke at first. No way was a company that has been releasing dozens of electric vehicles is going to take their most gas-guzzling member of the lineup and add a performance variant to it, right?

Well, to the delight of performance enthusiasts everywhere, the Escalade V is definitely not a joke at all. Instead, even Cadilac itself has now confirmed the news, dropping a series of clips and images that show off what consumers will be able to purchase for themselves, probably later this year.

As far as details about the truck, there aren’t many that have been confirmed just yet. However, sometimes, there are safe assumptions to make about such vehicles. In this case, those close to the industry have been led to believe that the truck is going to be fitted with a 6.2 L supercharged LT4 engine combination, probably making over 600 hp to stay on par with the other performance truck and SUV offerings currently offered on the market.

By following along with the video below from TFLnow, we get the rundown on what exactly it is that we know so far and what one might be able to expect when the Escalade V is finally released.

« Inside the Secrets of the President’s Motorcade – They Go SO Overkill!