Inside the Secrets of the President’s Motorcade – They Go SO Overkill! 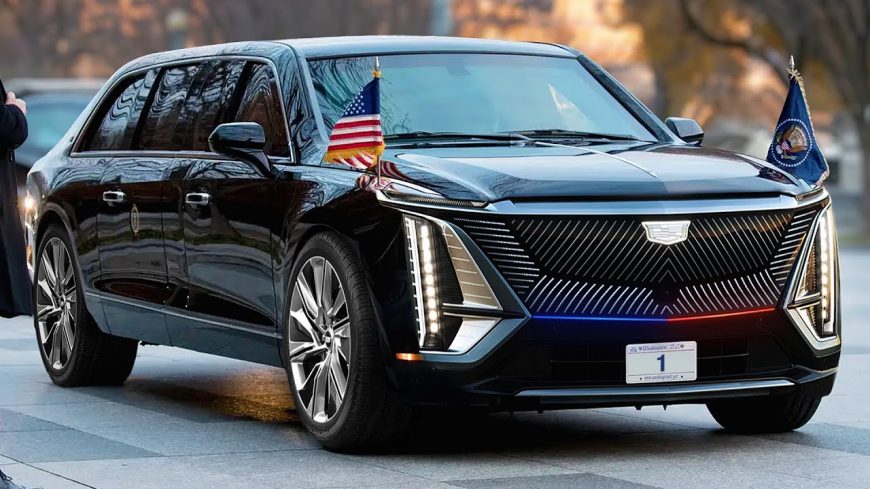 It’s not exactly a secret that the President of the United States needs a good amount of protection as he travels from place to place. With that, we find what is probably the most expensive and complicated motorcade in the world. Let’s just say that those responsible for designing the motorcade left absolutely no stone unturned in the pursuit of putting together something that is pretty much impenetrable no matter what kind of force is being used against it.

To kick things off, with the guided tour from Supercar Blondie, we learn that the motorcade is comprised of 50 vehicles and 100 personnel. Not only are there a lot of people involved in making sure that the president stays safe but these individuals are all highly trained. A level of redundancy makes sure that absolutely no threat will get through the security measures and if it does, there will be another system in place to be able to handle the threat should anybody try to make a bad decision.

At the center of the motorcade, we find a $1.5 million Cadillac limo that’s designed to withstand any and all attacks. Weighing in at about 20,000 pounds, the car has 8 inch thick windows and armored floors. It has even been hermetically sealed with its very own oxygen supply should the bad guys decide to use some sort of gas attack.

When we say that absolutely no stone has gone unturned, we really mean it. For example, there are even two liters of the president’s blood on board just to make sure that is the president is taken care of in the very unlikely event that somebody or a team of somebody manages to make it past all of the other defense measures.

Down in the video below, we check in with Supercar Blondie who gives us the full rundown on everything that it is that makes this president incredibly safe.