Its True! Lamborghini Huracan Performante is the new Nürburgring KING! 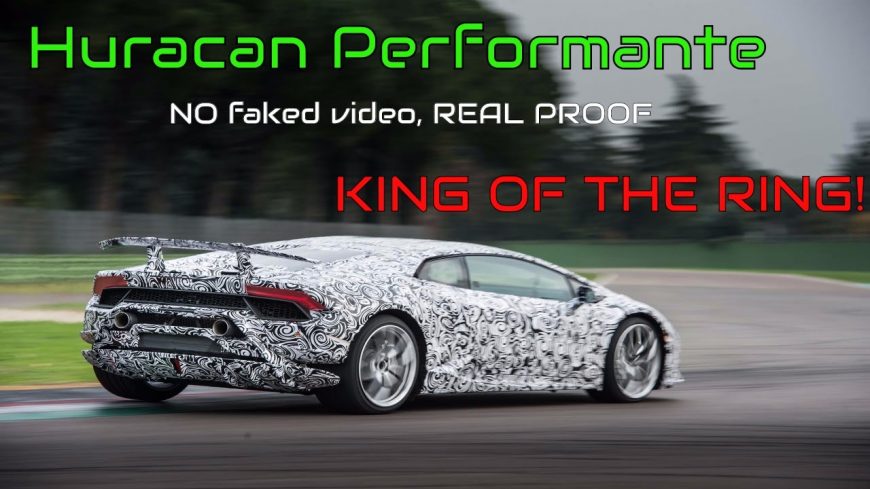 It’s been the buzz in the supercar world for the past few weeks, but hopefully this video, brought to us by the Supercarsfromeu YouTube channel, will finally put to rest the rumors that Lamborghini somehow faked the Nurburgring production car record lap time laid down by it’s Huracan Performante.

As is the case any time the production car record is lowered at the ‘Ring, there was a ton of fanfare surrounding the Performante’s lap, as well as a healthy dose of skepticism, especially from Porsche fans, as the 918 Spyder was the previous record holder. To help quell the naysayers, Danny from Supercarsfromeu simply grabbed the videos from the Huracan and the 918 and laid them side by side, each with a timer, and let the footage speak for itself.

As you can see from the numbers at the end, the Lambo’s lap is indeed five full seconds quicker than the Porsche, with the Performante clocking in at 6:53.15 to the Spyder’s 6:58.15. While a five second drop in the lap time record at the world’s most notorious proving ground is bordering on improbable, it’s generally accepted that video doesn’t lie, so this should dispel those rumors and prove that Lamborghini has earned the crown.

« Dale Earnhardt Jr. Talks About Going on a Bike Ride with Jimmie Johnson – And Wearing Spandex