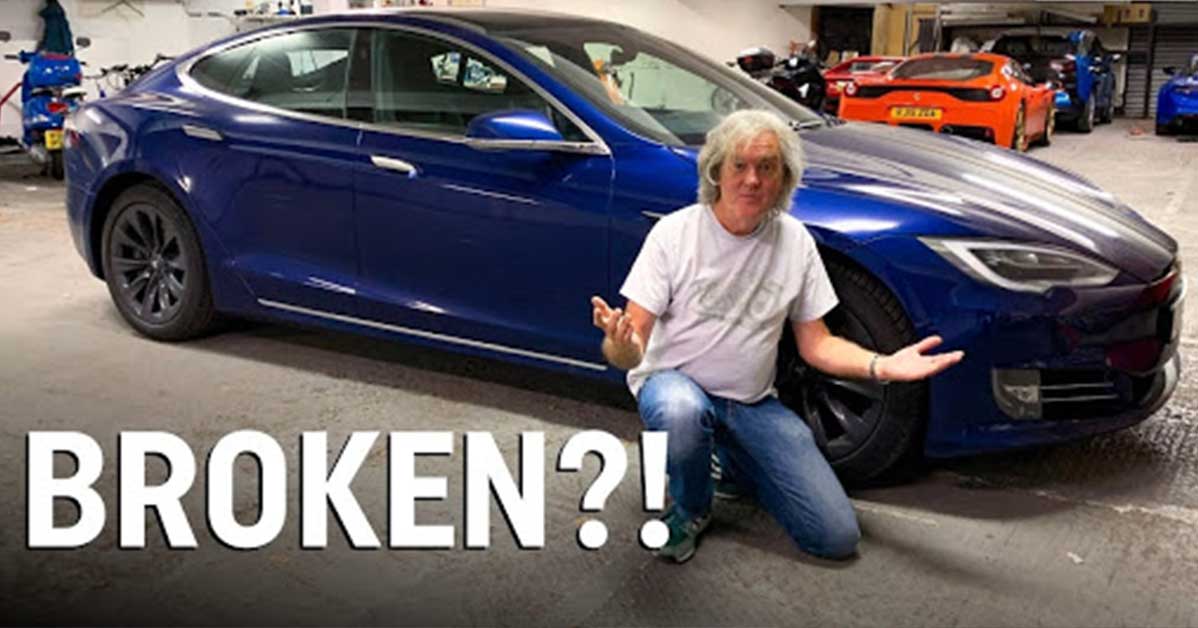 I’m not sure if this goes for every mechanic, but for most of the mechanically inclined people that I know, we think that electrical gremlins are absolutely the worst. When something is pretty straightforward and easily fixable, it generally doesn’t give rise to all that much anger from the mechanically inclined community. However, electrical gremlins have a way of not really showing their true colors. When trying to chase down electrical issues, it can end up being a pretty endless cycle as we try to find the source of a problem that just won’t go away.

What happens when such electrical gremlins find their way to an electric-powered car, though?

Does it end up ruining the whole experience as we try and find the source of the issue? Will an electric car self implode if something is awry? In the case of James May, it seems as if he’s having quite a time attempting to figure out exactly where the electrical problem in his Tesla is coming from.

As it turns out, in the case of May’s Tesla Model S, he says that there are several different electrical systems to really help narrow down the problem. As it turns out, there’s an entirely separate battery to control the functions of the vehicle beyond making it go. In this particular situation, May has left the car in storage and the battery that controls these functions such as opening the doors has actually died. As it turns out, this is something that’s a lot easier said than done when it comes to repairing it.

Down in the video below, we get the rundown on what exactly it means to chase down an electrical problem in an electric vehicle. Some of these cars aren’t quite old enough to the point where people are going to have to start repairing them but as they get to that age, it’ll be interesting how they stand up to the test of time.

« Are “No Haggle” Dealerships Actually Good For the Buyer or Just Another Sleazy Tactic?