Jason-X VS Ghost! For All The Small Block Nitrous Bragging Rights 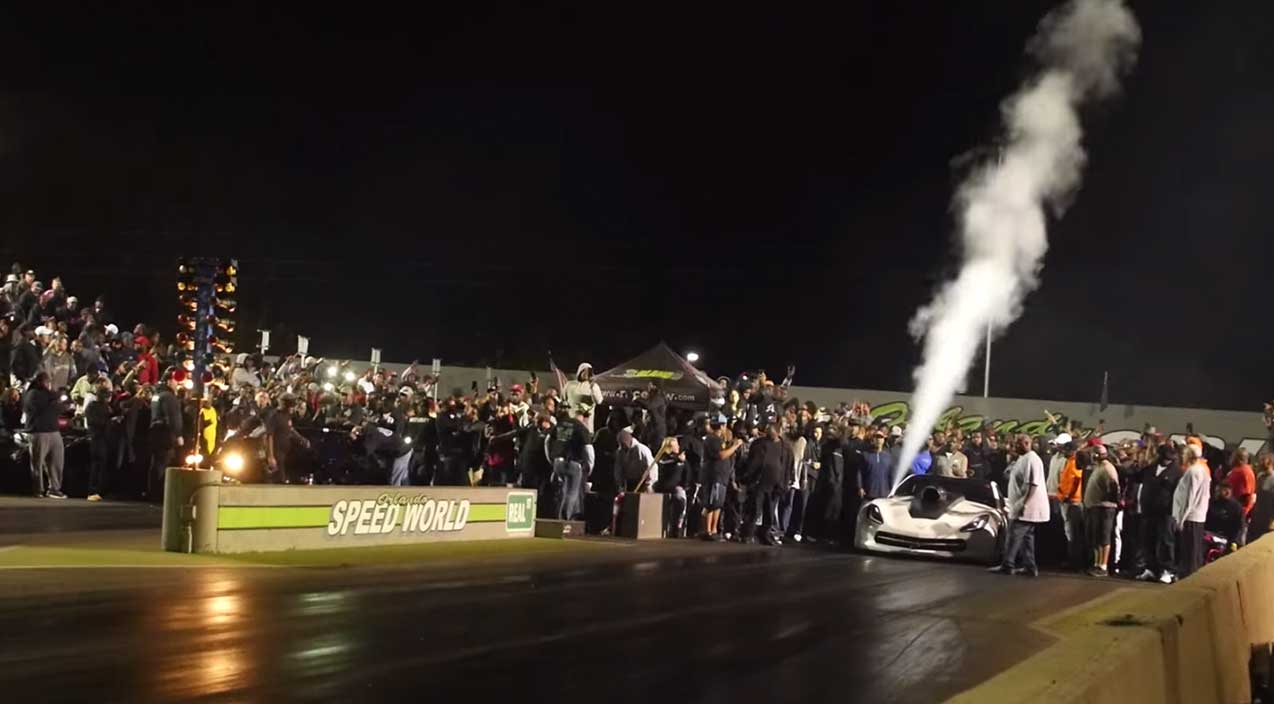 In the grudge world, there’s been a huge resurgence in the small block nitrous “class” (grudge racers don’t like to be called class racers, so quotes used to clarify I’m not calling you guys class racers!) that has made for some of the best racing we’ve seen in years. These teams build some wicked quick cars and the teams line up with huge stacks of cash on the line, along with the ever-important bragging rights.

No Guts No Glory is the last big grudge race of the year, held last weekend at Orlando Speed World in, you guessed it, Orlando, FL. This event brought out grudge hitters from all over the country, even drawing racers from Detroit and California to sunny Florida. You can see by the huge crowd on hand, a huge throng of fans eager to see some great racing.

One of the marquee matchups out of the 90+ locked-in races set for the weekend was this race, captured by our partner Justin from the JMalcom2004 channel. JR Gray and his sinister black Mustang known as Jason X lined up alongside Chris Tuten behind the wheel of Mario Johnson’s gorgeous C7 Corvette known as Ghost.

Both of these cars are powered by nasty nitrous-fed small blocks and both are on drag radials. When you line up two max-effort, balls-to-the-wall cars like this with a massive stack of cash on the line, you know things are going to be wild, especially when the bet is so big, both camps decide to keep it a secret, something virtually unheard of in the grudge game.

As you can see, JR was on his game on the line, leaving Tuten sitting still when the tree dropped. In a race like this, there’s very little room for error, and it looks as though Tuten saw the gap growing down track and pulled his foot out of the throttle to save the engine. Gray, in the other lane, motored through for the win, and while it looked like he may have sacrificed a couple of pistons to the nitrous gods, the payoff should easily cover any repairs necessary.

2 of the fastest small block GRUDGE cars in the world!!! Jason X vs Ghost

Both of these bad boys are insanely fast and man what a race this was at No Guts No Glory at Orlando Speedworld! Check out the finish too! Sick race