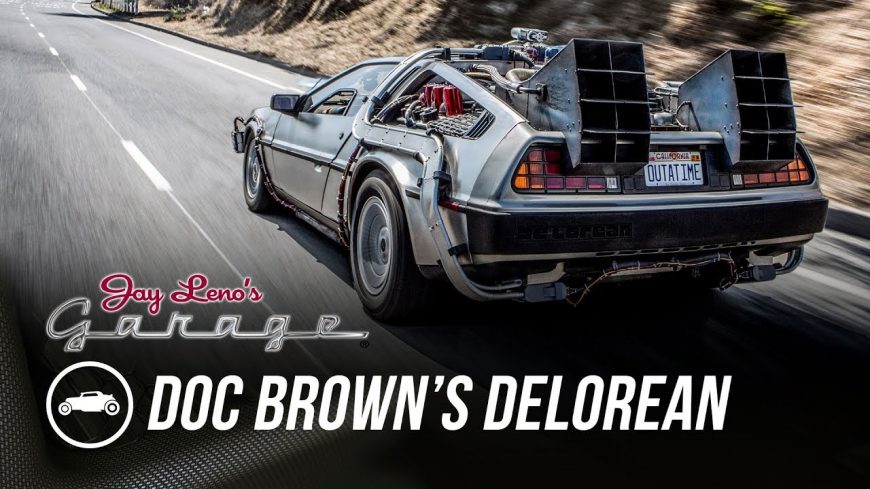 When it comes to movies that don’t have a storyline revolving around cars, it might be rare that an iconic car comes from such a film. However, when we think about some of the greatest automobiles in cinema, it’s hard to look away from Doc Brown’s DeLorean. For those who don’t recall the specifics, this very car was used to send Doc and Marty on a time traveling adventure in the Back to the Future films.

This is definitely one example of a film bolstering the value and attention that one model of a car might get. Prior to the film, we would probably guess that not too many people knew what a DMC DeLorean was. However, following the popular 80s hit movie, the opportunity to get your hands on a DeLorean became more and more difficult. The prices would definitely see a spike as collectors wanted to add one to the garage.

This time, though, we get to ride along with Jay Leno’s Garage as he gets his hands on Doc’s DeLorean. The car is still fitted with all of the equipment that we saw in the movie, making this one very special drive. As if a regular DeLorean wouldn’t yield enough attention in the streets, this thing is sure to turn heads everywhere that it goes. Who better than Jay Leno to get behind the wheel and give his thoughts on what exactly it is that makes this car so special in the landscape of automotive history?

By following along with the video below, we get to not only take a unique look at one of history’s most revered cars. We also get the opportunity to learn a little bit more about it as our host definitely boasts a wealth of knowledge when it comes to things like this.

« How Good is the BEST Battery Powered Chainsaw?