When it comes down to it, the tug-of-war might not be the most functional test. ...

When it comes down to it, the tug-of-war might not be the most functional test. Let’s face it, this kind of demonstration is more about bragging rights than anything else. However, it isn’t to say that it fails to show us a little something about a vehicle. In this sort of demonstration, weight and traction are of the essence. No matter which vehicle has more power, the outcome may vary. Being massive certainly won’t hurt the cause. However, when these bouts come to fruition, we can’t help but get excited to see who will be the victor.

This sort of competition started out in parking lot car meets and mud bogs. These days, though, it looks like even the media is getting in on seeing who’s the strongest when it comes to a good old-fashioned tug-of-war.

This time, we check out a pair of competitors that is unlikely. However, we can’t help but wonder what the outcome is going to be. Going into this one, we check out the likes of the Ford F-250 as it takes on a Jeep Gladiator. Naturally, the bigger and heavier F-250 seems like it would have an advantage. However, we have seen crazier underdogs come to life in the name of competition.

By following along down in the video below, we get to check out a crazy matchup. Both of these trucks are new and each is looking to make a name for itself. The Gladiator is the first pickup truck ever created by Jeep. On the other hand, the Ford F-250 has been around for what seems like forever. However, the new 7.3-liter gasoline-powered engine is definitely new to the lineup. Who will reign supreme and how big will the margin of victory be?

There’s only one way to find out.

Best of Tractors vs Cars Tug of War 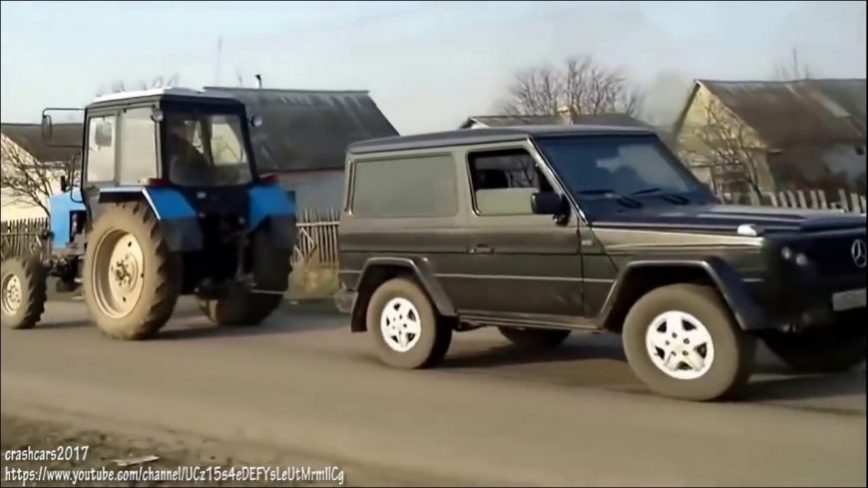