2,000 Horsepower Supra Hits the Wind Tunnel – How to Maximize Efficiency 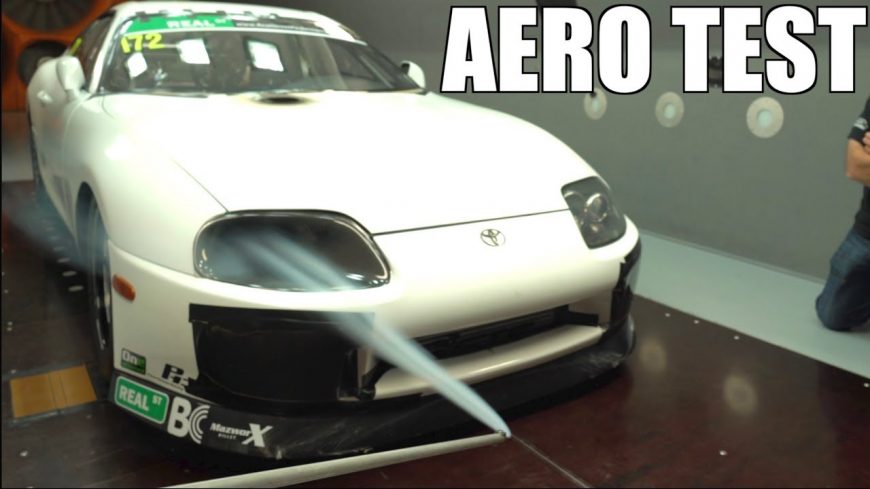 If there’s one thing that most of us don’t really consider enough in performance, it would be our aerodynamics. It can be kind of ironic. We spend all sort of money to make our cars go faster. However, very little if any effort is invested in making sure that our rides cut through the wind efficiently.

The craziest part about this is that, with proper aerodynamics, far less horsepower might be necessary to accomplish the same exact goal. Obtaining that aero might be a bit easier than one would think.

In most applications, the extent of what needs to be invested in aerodynamics is done by the manufacturer. For somebody with a mildly built vehicle, thinking about aero might be a waste of resources. However, the faster that a vehicle gets, the more strongly builders should consider investing in aerodynamics.

This time, we hop on board with the Real Street Performance crew as they give us a rundown of how it works. In this one, they walk us through the process of how data is gathered in order to spit out a usable result.

One of the interesting parts of what we learn here is that the wind tunnel doesn’t actually need to use high-speed winds to get accurate results. Instead, lower speeds are used to evaluate efficiency which is then plugged into a formula. This formula will then give a result as to what can be expected at higher speeds.

It turns out that with the Real Street Toyota Supra, it was having a recurring problem losing traction at high speeds. This would be the perfect issue to tackle in the wind tunnel. This trip to the tunnel would yield some very practical results.

Essentially what was happening was the car was being picked up because the wind was getting where it wasn’t supposed to. With a couple of quick modifications, the crew rapidly found that the solution might not be too complicated. Something as simple as taping off a few areas would allow them to get their goal with less horsepower. In turn, it could help to reduce the car’s tendency to float.

By following along with the video below, we get to ride along with the experience for ourselves via That Racing Channel. The crew over at Real Street does a much more thorough job of explaining how all this works. At the end of it all, you might even be questioning your own car’s aero!

« Exploring a Military Base With 400+ Abandoned Vehicles