If you were to take a look at some of the heaviest hitting cars of this year, you ...

If you were to take a look at some of the heaviest hitting cars of this year, you need to look no further than the Jeep Grand Cherokee Trackhawk. As if the Hellcat platform wasn’t enough to tickle your fancy, the folks over at Mopar decided to take the 707 hp power plant and stuff it under the hood of a Jeep, complete with all-wheel-drive. While it might sound like a little bit of challenging setup because of the weight behind the Jeep, it seems like all of the reactions to this monster so far have been pretty positive and say that the power more than makes up for it. Most people seem to come to the general consensus that it really offers the best of all worlds, combining performance with versatility in the perfect package.

This time, we check out one version of this vehicle that has fallen straight into the hands of Hennessy Performance, a performance shop that has been known to put out pretty much everything that is teeming with power. While this time, all that we are looking at as a factory version of one of these SUVs, it certainly provides enough of a punch to really put you back in your seat and that’s exactly what we’re playing with right now as we get an insane acceleration to take the Jeep from 0 to 175 mph! When you take a look at the past of Jeep and their off-road orientation, it’s pretty incredible that, in the year 2018, we’re able to see one of these things even get close to eclipsing that kind of a milestone.

If you follow along in the video below, you’ll be able to go along for this marvelous ride that takes you from a standstill all the way up to 175. While it can be easy to get desensitized in the world of connectivity on the internet that allows you to look at everything at once, including machines that are rocketing to all kinds of mental speeds, just remember that this is a factory performance vehicle and an SUV at that.  just imagine pulling up to school and dropping the kids off with something that can rip to some insane speeds with an open stretch of road. 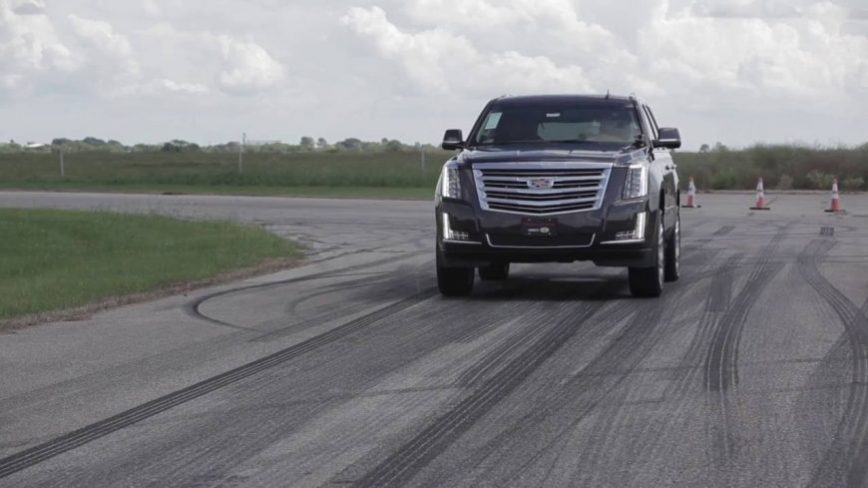