Jeep Trackhawk Throws Down With Lamborghini Urus in Drag Race 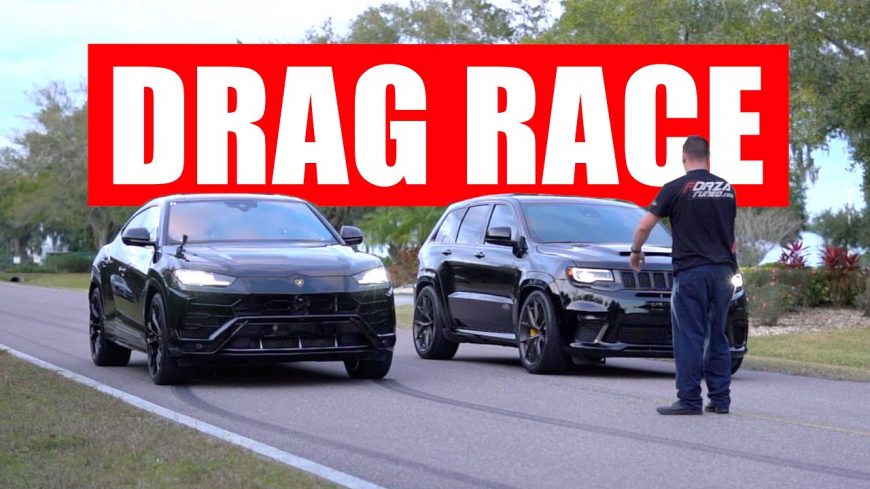 I think that I speak for more than just myself when I say that the Lamborghini Urus was hard to place, mentally. When I saw that Lamborghini released an SUV, I was intrigued. I think that most couldn’t help themselves but go and check out what the offering would at least look like.

However, there was something inside that simply didn’t feel right. After all, we know Lamborghini is the company that makes low profile and aggressive supercars. They did make an SUV at one point in time. Let’s just say that there’s a very good reason that most people don’t know about that, though.

In this iteration, though, it seems like the brand managed to hit the nail on the head a little bit better. In an ever-evolving marketplace that is now favoring big SUVs, it’s interesting to see someone think outside the box. Lamborghini probably could’ve gotten along fine just producing their cars. However, their willingness to try something different really says something about the brand.

All of this comes with a big “BUT.”

Sure, the machine is fun to look at but if it doesn’t perform, it isn’t winning us over. We love the idea that Lamborghini is trying something different. However, the one aspect that we think they’ll never shake is the need for speed that their designs put forth.

This time, we get the opportunity, thanks to Forza Tuning and Performance to see the Urus against the benchmark. Most would probably agree that the Jeep Grand Cherokee Trackhawk is the crème de la crème in the performance SUV space. While the Lamborghini as a newcomer, it’s going to have to prove its worth. Even with the badge on the front, it doesn’t automatically get a pass. We still want to see the SUV make some waves.

How did it do against the Trackhawk? Find out for yourself in the video below!