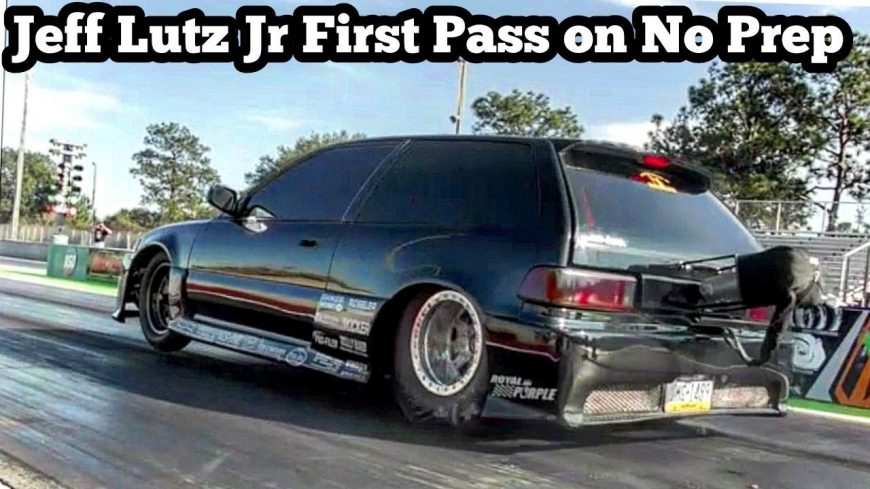 The Lutz family certainly isn’t one that is any sort of stranger to the drag racing community. In fact, a variety of different cars wheeled by Jeff Lutz and his son, Jeff Lutz, Jr., have managed to capture mass fanfare. The name has certainly climbed it way toward the top of the pack. However, what some fans might not know about one of their favorite racing families is that they have a Honda Civic that’s nothing short of crazy.

However, if anyone who knows Lutz finds the thought of a Honda Civic build to be a little bit offbeat, their next guess is probably correct in the fact that this isn’t just any old Honda Civic. Instead of the front wheel drive screaming four-cylinder that one probably would expect out of a drag race civic, this one is anything but. Instead, under the hood, the Honda features none other than a small block V8 as complemented by some turbo action. In fact, the car has been seen to be effective to the tune of a seven-second pass in a quarter mile. However, this time, the Honda is switching it up a little bit and trying something different.

While Lutz Jr. certainly is no stranger to no prep, this Honda certainly is. The video below gives you an idea of what happens when a solid competitor takes a car that is one of the fastest at any given track to the gauntlet that we all know as “no prep.” Things certainly are far from the same. Seeing cars like this compete in an environment that they aren’t exactly well-versed in is certainly a treat as we get to see how the car accommodates these changes and Lutz Jr. reacts in order to make the Civic the best it can possibly be.