For a few weeks now, there’s been a pretty huge buzz about the Street Outlaws return ...

For a few weeks now, there’s been a pretty huge buzz about the Street Outlaws return to Bristol. The shot callers behind the scenes knew if they wanted to bring out the biggest names from the show and the big guns from the No Prep world they’d have to put up big money, and boy did they ever do that!

With a massive $200,000 payout on the line, there was no shortage of badasses on the property, with cars representing all three of the Street Outlaws franchises as well as the fastest cars in the No Prep world all converging on the iconic Eastern Tennessee facility. With some of the top guns falling early, including an uncharacteristic first round exit for Big Chief, who won the first shootout at Bristol, the doors were open for anybody to make their way to the final and take a shot at the huge payday

While the name Brent Austin and Megalodon may not be that familiar to those outside the no prep world, make no mistake that those in that world know his name very very well. Brent has been a perennial contender on the no prep scene for several years, always making a strong showing in his badass ProCharged Camaro.

He made his way to the finals to take on a car and driver that’s a little more familiar to those who follow the show. Jeff Lutz and his gorgeous orange 1957 Chevy. Lutz, who rose to fame after dominating Drag Week for several years, has become a regular on the show and maintains a constant presence on the 405’s Top 10 list. He’s also gone deep in the rounds on No Prep Kings, proving he can get it done on the track, on the street and on a no prep surface, which is somewhere between the two.

The race should have been one for the ages but ended up falling short of expectations after Lutz hurt his engine in the burnout, leaving Austin to make a solo pass and take home the win. Don’t let that take anything away from Megalodon, though, as it went a-to-b in very quick fashion and would have been hard for Lutz to handle!

A huge congrats to The Megalodon, winner of this year's Street Outlaws Bristol $200K! Miss the races? You can stream all three hours right here: http://bit.ly/2Qj2NCt 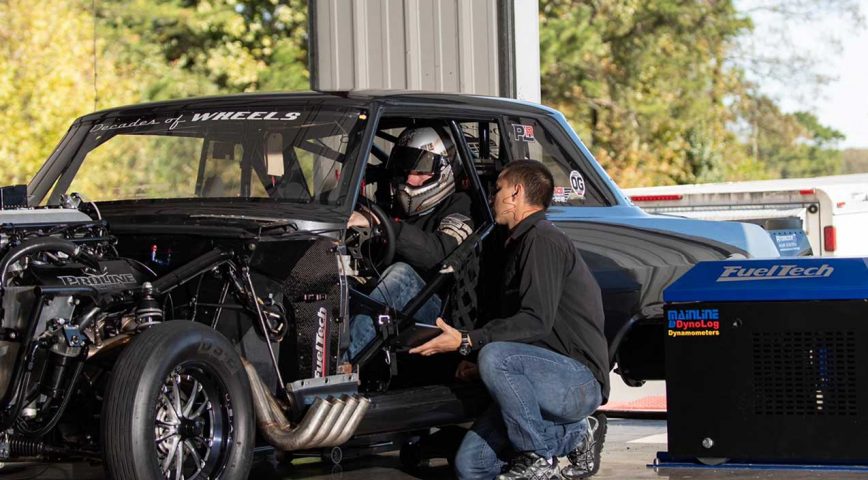