Audi R8 Takes On The Tesla Model X From a Dig, Surprised? 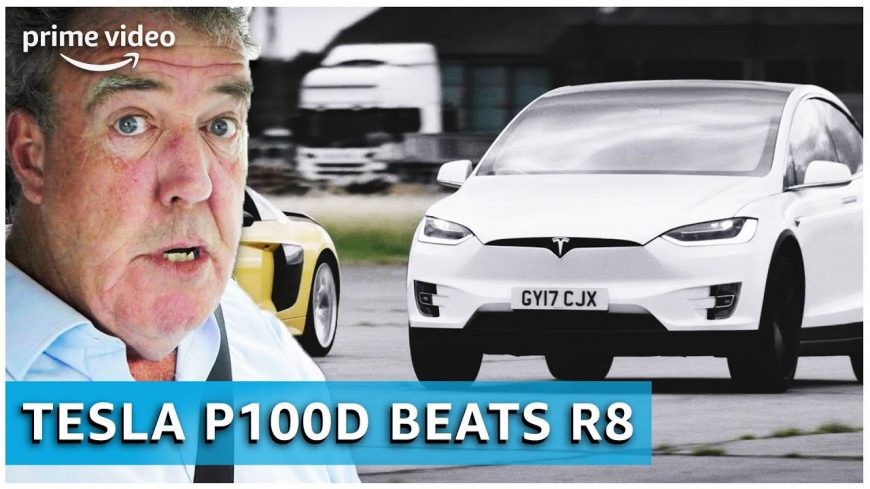 Over the years, Jeremy Clarkson has been a name that we have come to find that we could rely on for some of the hottest takes on the hottest vehicles to come to market. Certainly, over the past couple of decades, there has been a ton of cars to choose from. Over that time period, vehicles have definitely become much more advanced as well. However, moving into 2020, Tesla has become a brand that has been able to bring something to the table that no other automaker has.

Not only have they been able to successfully mass-produce the electric car in a way that no other automaker has been able to. It seems like the philosophy of the brand isn’t really similar to what we find with others. Instead of a clean-cut and black tie philosophy, they seem to be a company that prides itself on having a little bit more fun. In a world of publicly traded monsters, that’s usually not the case.

Being new and having fun, though, don’t always transform into something that’s a desirable automobile. If there’s one person who we know is going to be brutally honest with us, it’s Clarkson. He has a reputation for maybe being a little bit too honest sometimes and we think that’s what fans have come to love about the presenter. This honest opinion is very relevant when it comes to something as new and fresh as the Tesla Model X.

This time, Clarkson gives us his unfiltered opinion about the Model X as he gets his hands on it and really goes at the electric vehicle. Included in this review, we even get a little bit of comparison but not in the world of fuel economy or anything of the like. Instead, we get to see how exactly the Model X stands up against the likes of an Audi R8 in a drag race. Let’s just say that this isn’t your typical electric vehicle as it manages to really hold it down, even in the unlikeliest of circumstances.